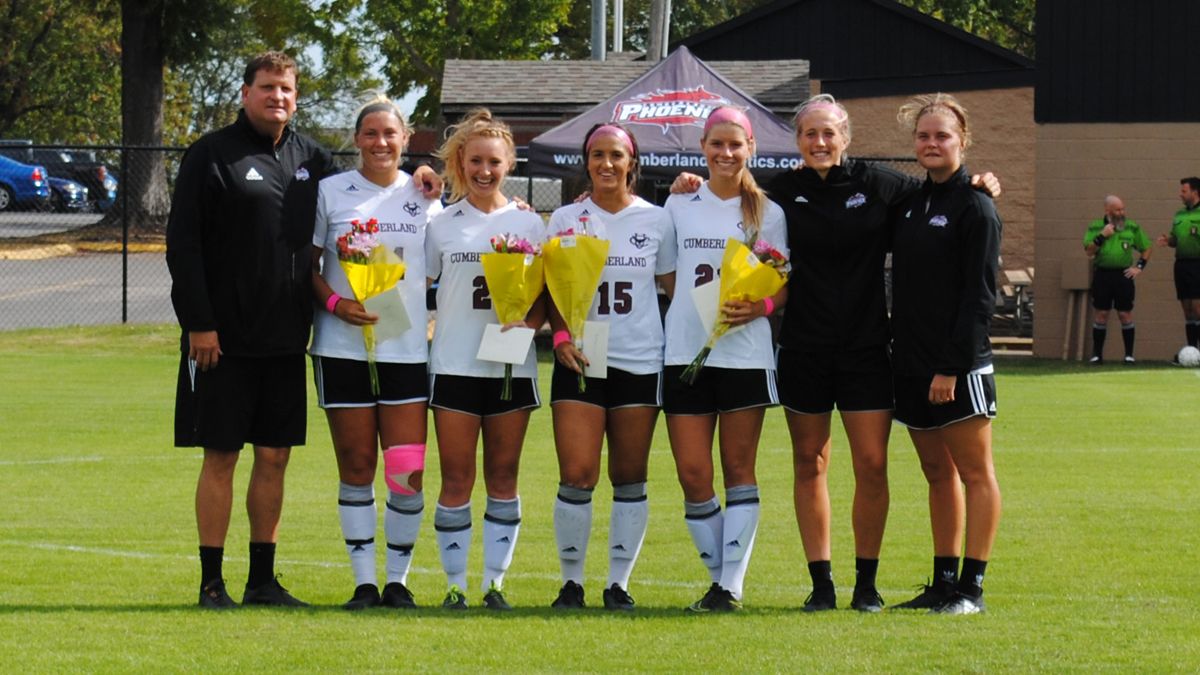 LEBANON, Tenn. – Emily Shires netted a hat trick and Kaitlen Kisiloski, Rebecca Holloway and Savannah Moreland each posted two goals, as 16th-ranked Cumberland scored six times in the first 22 minutes en route to an 11-0 victory on Senior Day against the University of Pikeville on Saturday at Lindsey Donnell Stadium-Kirk Field.

Alys Maynord and Mariah Aplin added two assists apiece for the Phoenix (10-3-1, 6-0-0), who stretched their win streak to seven matches overall and an unbeaten streak to eight.

Shires started the scoring in the third minute on an assist from Aplin and Holloway posted her first goal at the four-minute mark on assist from Shires and Marissa Avnaim.

Kisiloski collected her first goal of the year unassisted in the 16th minute and scored again just 76 seconds later on an assist from Holloway for a 4-0 CU edge.

Shires found the back of the net in the 18th minute from Moreland and Moreland registered a score in the 22nd minute from Maynord.

In the second half Shires scored her third goal of the match on an assist from Kisiloski in the 52nd minute and Arden Butler assisted on Holloway score in the 55th minute on a 30-yard strike.

Moreland’s shot from 15 yards found the back of the net on an assist from Aplin in the 63rd minute. In the 88th minute Maynord scored on an assist from Jennifer Segura and Keera Sidney netted the final goal for CU in the 89th minute from Maynord.

Cumberland plays its final three regular season matches of the year on the road beginning Wednesday at Life University.