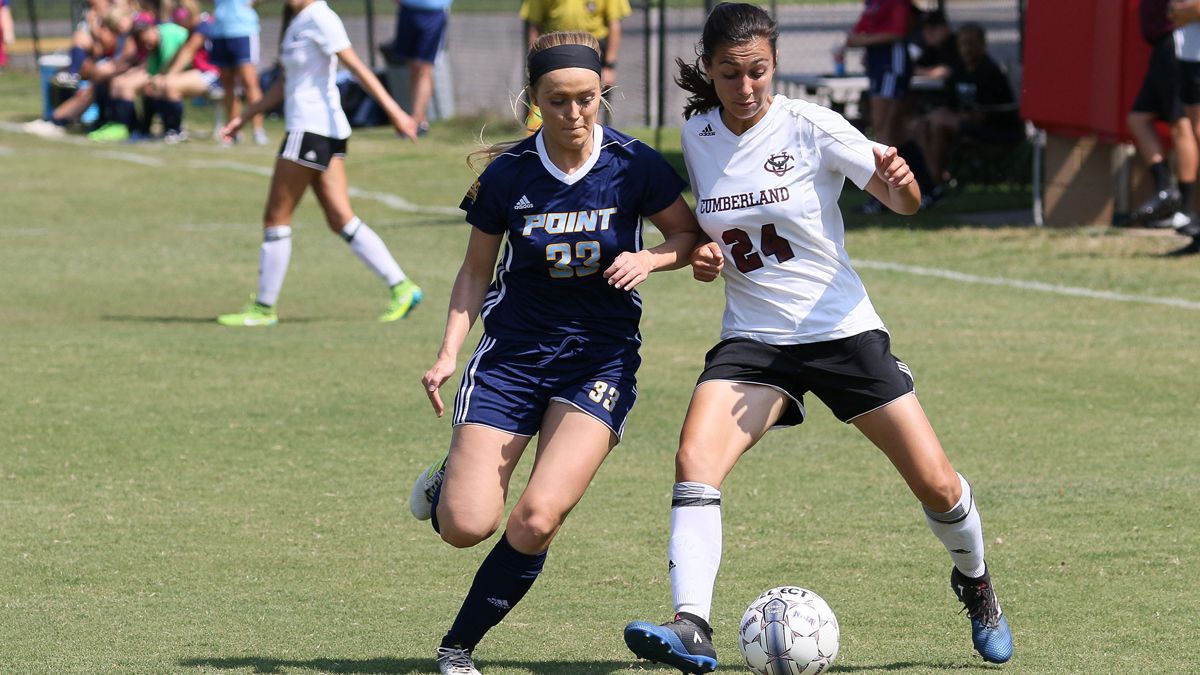 The Phoenix earned the No. 1 seed in next week’s Mid-South Conference Championships in Bowling Green, Ky., which begin Friday, November 3 at Warren Central High School.

Aplin got Cumberland on the board in the 24th minute on assists from Shires and Kaitlen Kisiloski, with Aplin scoring from 12 yards out. The junior drove down the left side and crossed to Autumn Copeland, who finished for her first goal of the year in the 42nd minute, giving CU a 2-0 edge at intermission.

Shires was taken down in the box in the 51st minute and Sarah Haddock converted the penalty kick for the Phoenix, but Kimberly Santos scored for the Running Eagles in the 59th minute, cutting the lead to 3-1.

Aplin netted her second goal of the match in the 65th minute, a give-and-go with Shires, before Life’s Josie Davis found the back of the net in the 80th minute.

Aplin and Shires hooked up again for the final tally of the evening, with Shires recording her team-leading 11th goal of the year.

Cumberland outshot the Running Eagles, 24-4, in the match, including 12-2 in shots on goal. Life goalkeeper Pien van Kampen registered four saves in 66 minutes of action and Julia Bernhardt posted three saves in the final 24 minutes.

The Phoenix end the regular season with nonconference matches at Bryan College on Friday and third-ranked Martin Methodist next Tuesday.