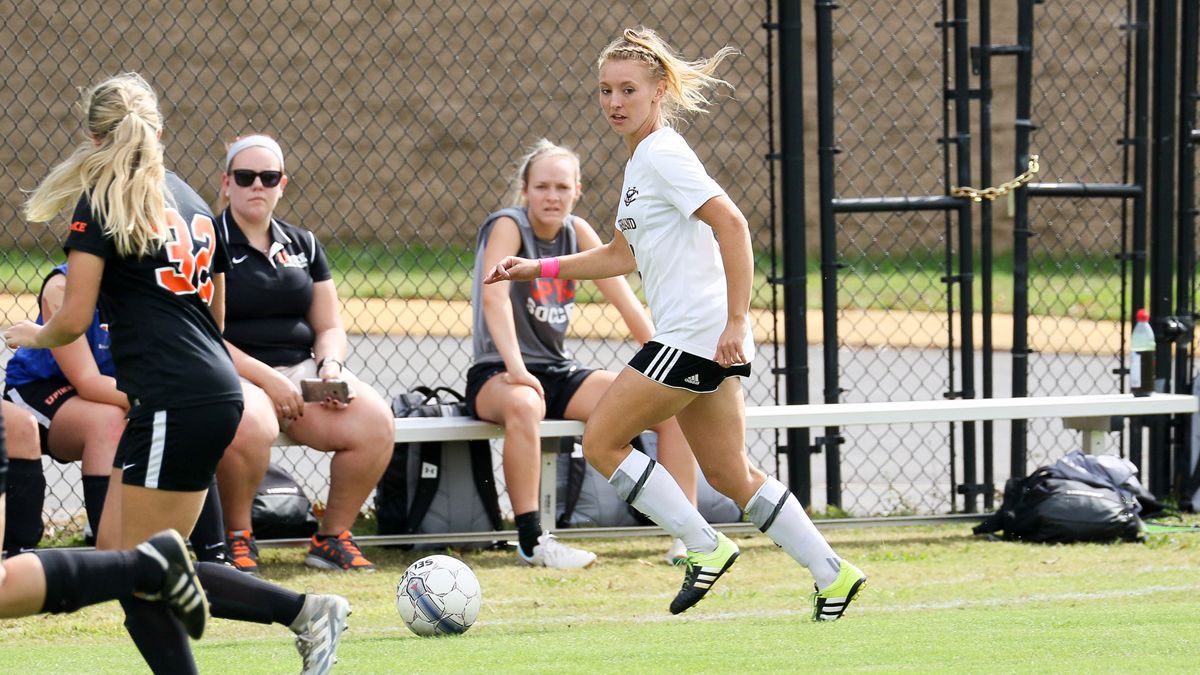 LEBANON, Tenn. – Emily Shires put 16th-ranked Cumberland ahead with a goal early in the first half and Kaitlen Kisiloski added her third score of the season in the second period in a 2-0 victory over Bryan College in women’s soccer action Friday afternoon in Dayton, Tenn.

The Phoenix (12-3-1) increased its winning streak to nine matches overall and stretched the unbeaten streak to 10 contests. Cumberland concludes the regular season next Tuesday at third-ranked Martin Methodist before heading into the Mid-South Conference Championships.

Mariah Aplin crossed from the left in the 10th minute and Shires gathered the pass and beat Bryan goalkeeper Morgana Hardt da Silva from near the penalty spot for her 12th goal of the year. Savannah Moreland’s shot in the 35th minute nailed the crossbar, keeping it 1-0 at the half. Shots were even at five in the first period, with CU’s Ashley Kambeitz collecting two saves in net.

Kisiloski’s header to the far post off a corner kick from Rebecca Holloway in the 55th minute gave the Phoenix some breathing room against the Lions (11-5-0), who claimed the Appalachian Athletic Conference regular season championship earlier this week.

Kambeitz finished with three saves and da Silva recorded two for the Lions.