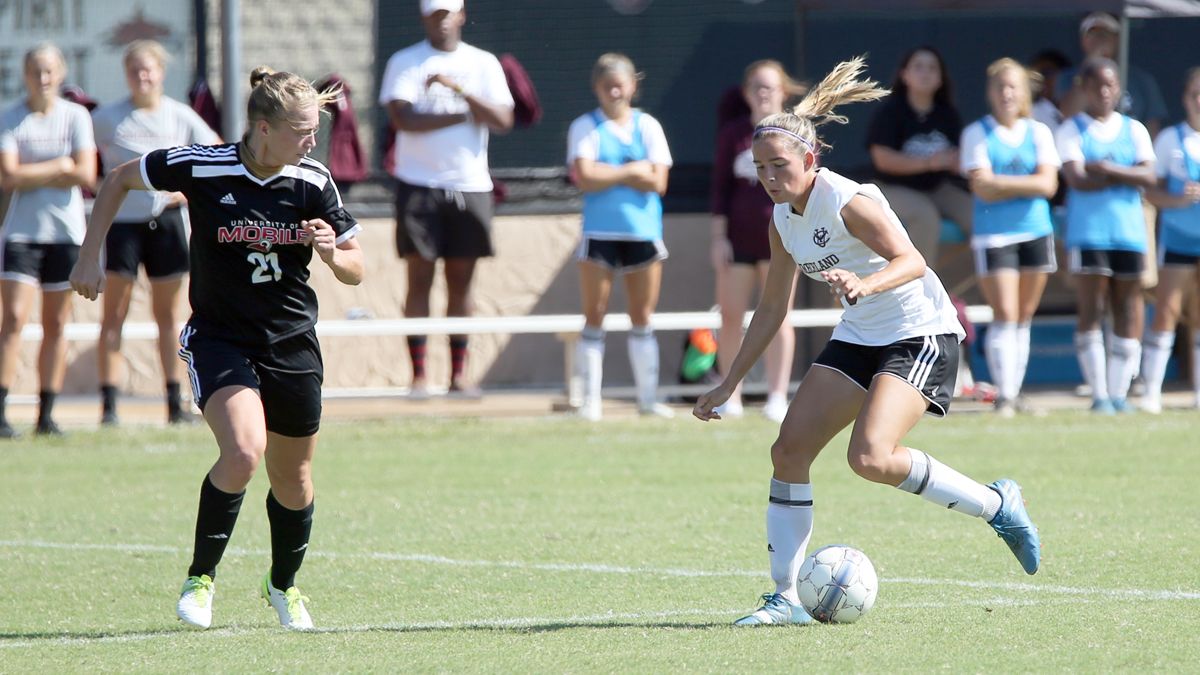 LEBANON, Tenn. – Savannah Moreland scored in the first half and Sarah Haddock’s penalty kick knotted the match early in the second half, but third-ranked Martin Methodist posted three goals in 12 minutes in the second period en route to a 5-2 victory over No. 16 Cumberland in women’s soccer action Tuesday afternoon in Pulaski, Tenn.

The loss ends a nine-match win streak and a 10-match unbeaten stretch for the Phoenix (12-4-1), who had not lost since a 3-2 overtime defeat to Georgia Gwinnett on September 19.

Cumberland and the RedHawks (17-1-0) played even through most of the first half, with both teams finding the back of the net in the first 15 minutes. Riko Sagara scored off a feed from Katie Reed in the 11th minute, but Moreland’s seventh goal of the year on an assist from Emily Shires in the 14th minute evened the match at one.

Millene Cabral Vieira hit the post in the 22nd minute for MMC and the back-and-forth action slowed until late in the period when Miku Sanaga headed in a cross from Hikaru Nakamura in the 42nd minute for a 2-1 RedHawks edge at intermission.

Cumberland quickly equalized to start the second half, with Haddock converting her third PK of the season in the 48th minute when Mariah Aplin was taken down in the box. Cabral Vieira netted two goals in five minutes to give Martin Methodist the lead for good, the first one in the 56th minute on an assist from Sanaga and the second one unassisted in the 60th minute.

Sunaga added her second goal of the year in the 68th minute for the final goal of the match.

Cumberland takes on the University of Pikeville on Friday at 9:30 a.m. CT in the quarterfinals of the Mid-South Conference Championships at Warren Central High School in Bowling Green, Ky.