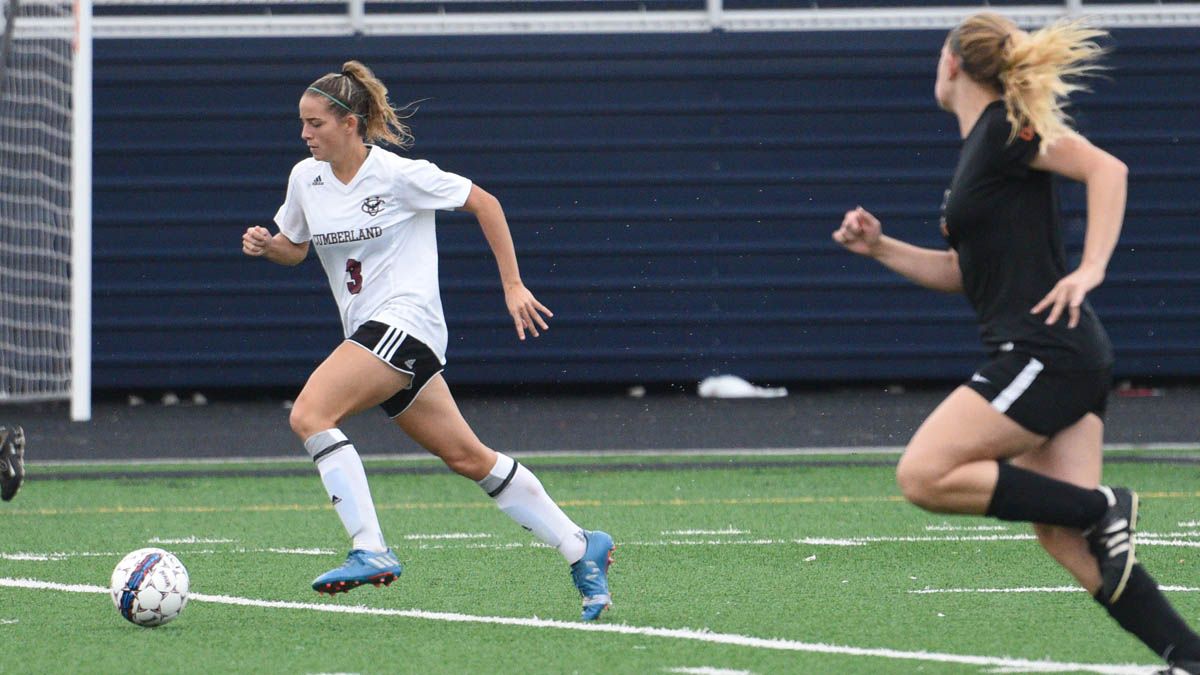 Savannah Moreland dribbles down the right side in the second half of CU's 7-0 win Friday versus Pikeville. Moreland scored her eighth goal of the year in the first half. (Credit Mid-South Conference)
Pikeville (Ky.) at Cumberland (Tenn.) | 0,

LEBANON, Tenn. – Rebecca Holloway recorded two goals and two assists and 16th-ranked Cumberland jumped out to an early lead and never looked back in a 5-0 victory against the University of Pikeville in the quarterfinals of the Mid-South Conference Women’s Soccer Championships on Friday in Bowling Green, Ky.

The top-seeded Phoenix move into next week’s semifinals to face Campbellsville University at 2:30 on Thursday, November 9.

Holloway netted the first goal of the match on a corner kick that trickled into the net, assisted on goals by Savannah Moreland Ciera Lundy and added her second score just before halftime.

Holloway passed to Moreland in the 21st minute for a goal, giving CU a 2-0 edge, and Lundy’s score from Holloway in the 33rd minute extended the lead to 3-0. Sarah Haddock converted her fourth penalty kick of the season less than three minutes later and Autumn Copeland found Holloway for a goal just 19 seconds before intermission, giving the Phoenix a 5-0 advantage at the half.

Lundy found the back of the net again in the 71st minute, her first two goals of the season, and Keera Sidney tallied the final score for Cumberland in the 88th minute, beating the keeper from 12 yards.

The Phoenix outshot the Tigers, 28-3, in the victory, forcing nine saves by Pikeville’s Caitlyn Hunt.