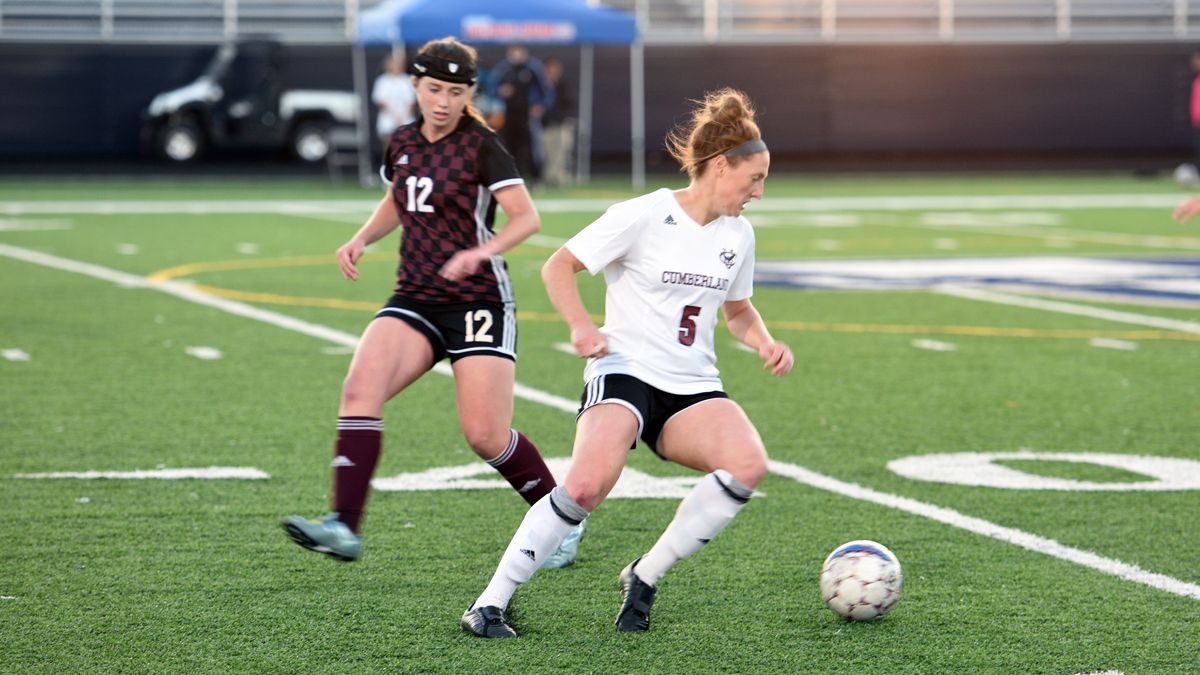 Rebecca Holloway netted her 11th goal of the year in the second half of Thursday's 2-0 win versus Campbellsville. (Credit Chris Wells)
Campbellsville at #16 Cumberland | November 09, 2017

LEBANON, Tenn. – Sarah Haddock converted a penalty kick in the 58th minute and Rebecca Holloway added a goal eight minutes later for 19th-ranked Cumberland in a 2-0 win against Campbellsville University in the semifinals of the Mid-South Conference Women’s Soccer Championships on Thursday in Bowling Green, Ky.

The Phoenix reached the championship match of the conference tournament for the fifth time in six seasons since rejoining the Mid-South Conference in 2012. CU takes on the winner of Thursday’s late match between Lindsey Wilson and Georgetown College at 2:30 p.m. on Friday at Warren Central High School in Bowling Green.

Campbellsville goalkeeper Amanda Howard tackled Savannah Moreland in the box 13 minutes into the second half, giving the Phoenix a penalty kick. Haddock converted her fourth PK of the season for a 1-0 lead.

Eight minutes later Emily Shires slid a pass through the defense to Holloway, who beat Howard far post for her 11th goal of the year. Howard faces 16 total shots in the match, making five saves.