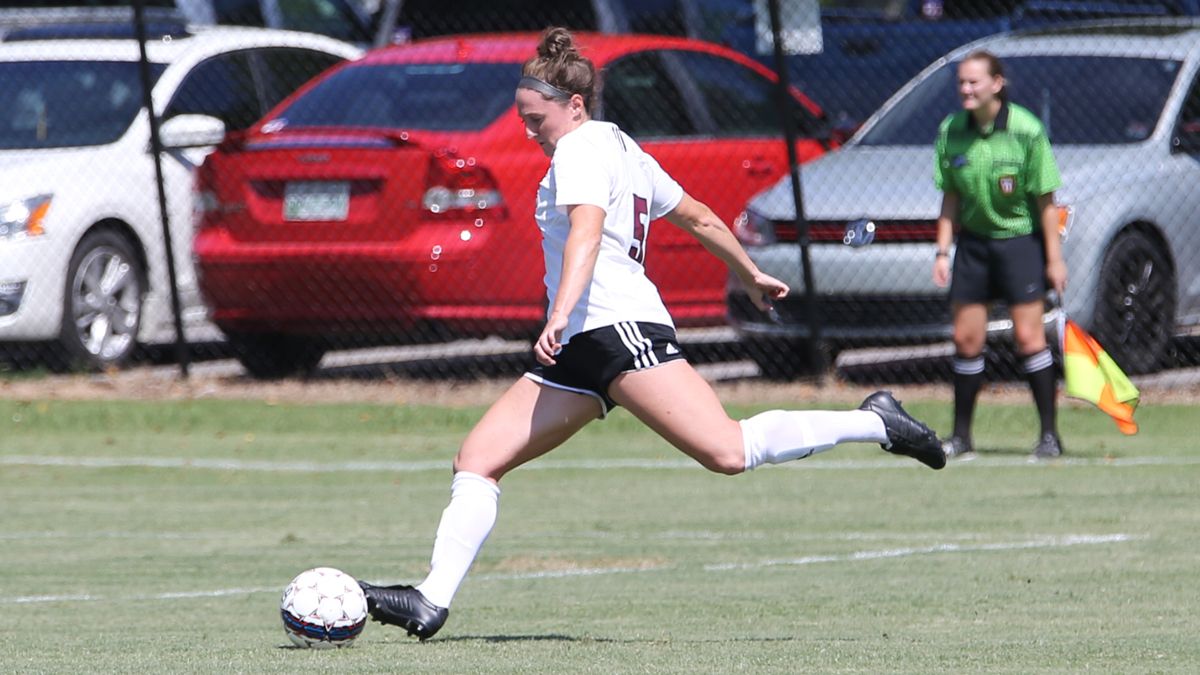 LEBANON, Tenn. – Rebecca Holloway posted a hat trick and Ashley Kambeitz saved a penalty kick in the first half, as 19th-ranked Cumberland dominated in a 4-0 victory over No. 15 Tennessee Wesleyan in the season opener for both teams in women’s soccer action here Thursday at Lindsey Donnell Stadium-Kirk Field.

Holloway scored twice in the first half and again midway through the second half, picking up where she left off last season when she earned Mid-South Conference Player of the Year honors.

Holloway’s screamer from 30 yards in the ninth minute put the Phoenix (1-0-0) ahead. The Bristol, England, native’s left-footed blast sailed into the upper right corner, giving TWC goalkeeper Tiffany Pace no chance for the first goal of the match.

Cumberland peppered the net of Pace the entire first half but was unable to add to the lead before a hand ball in the box gave the Bulldogs (0-1-0) a chance to even the match in the 28th minute. Dayna Randall’s shot was saved by Kambeitz, a diving grab by the fingertips near the left post, keeping the score 1-0 for CU.

Holloway delivered in the 38th minute after a nice give-and-go from Mariah Aplin. Holloway beat pace high and to the far post from down the left side for a 2-0 edge at intermission.

Both teams started sluggishly in the second half, but a Cumberland goal early in the period seemed to give life to the Phoenix. Savannah Moreland took a long pass down the right and found a wide open Emma Campbell in front of an open net in the 58th minute, extending the lead to 3-0.

Holloway finished the scoring in the 65th minute, this time on an assist from Autumn Copeland.

Cumberland outshot the Bulldogs, 24-11, in the victory. Pace made five saves for TWC while Kambeitz finished with four saves.

The Phoenix play at home again next Tuesday against SCAD-Savannah at 1 p.m., the second in five straight home matches to start the season.