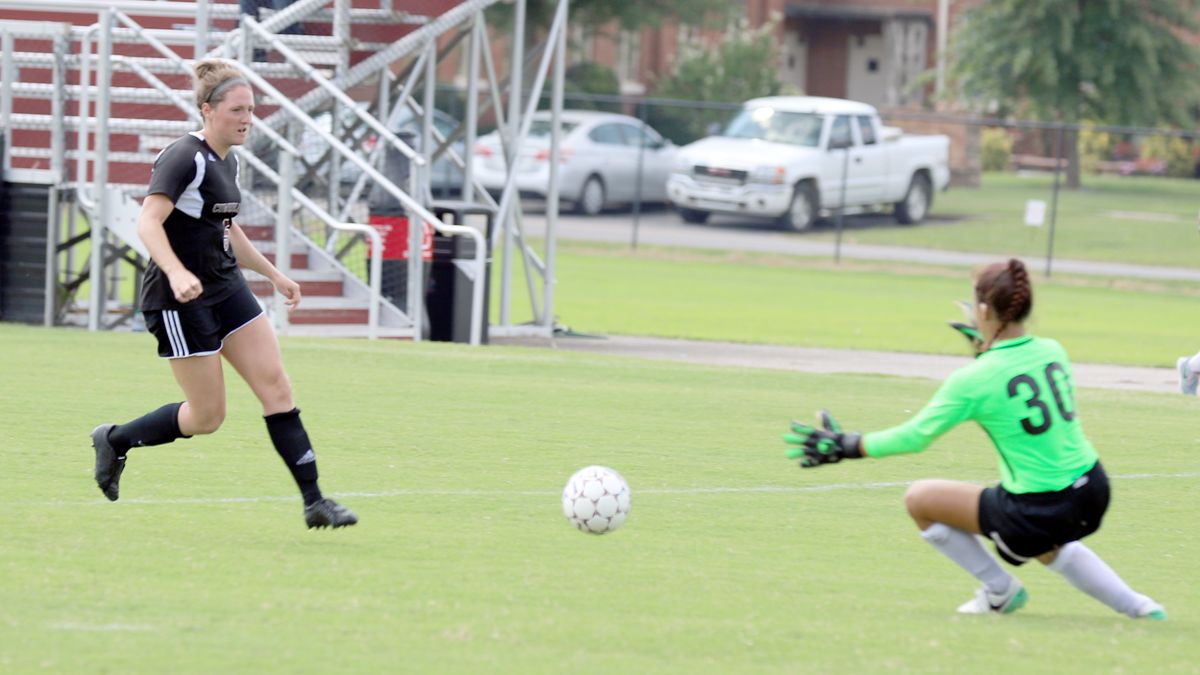 LEBANON, Tenn. – Rebecca Holloway scored on a breakaway in the first half and Autumn Copeland found the back of the net in the 90th minute, as 19th-ranked Cumberland overcame a sluggish start for a 2-0 victory over SCAD-Savannah in women’s soccer action here Tuesday at Lindsey Donnell Stadium-Kirk Field.

The Phoenix (2-0-0) played very uneven in the first half, unable to connect simple passes in the midfield or find open players in the attacking third. SCAD-Savannah held at least as much possession as Cumberland in the period, though the Bees (1-2-0) could not convert that possession into a quality scoring attempt.

The two teams traded possession in the midfield for much of the half until Holloway took control of the ball about 40 yards from goal after a giveaway by SCAD-Savannah. The senior dribbled toward SCAD goalkeeper Eliana Charalambous and finally chopped a shot low and right past her. The ball nearly missed, hitting the post and bouncing in for her fourth goal of the young season.

Cumberland played much better in the second half, claiming 90 percent of the possession and peppering SCAD keeper Elisa Dogor with nine shots as well as six offsides calls. Haley Stevens missed a chance for the Phoenix off a corner kick and a shot by Mariah Aplin was saved at the near post by Dogor.

In the final minute Holloway played a long ball down the right to Savannah Moreland, who crossed to an open Copeland. The senior found the right side of the net with 48.1 ticks left on the clock, her fifth career goal and first of the year.

“SCAD had a game plan and was hard to break them down. It really frustrated us but we got the goal we needed at the end of the first half and then put the game away in the final minute,” head coach Brian Davies said. “We just told the girls at the half to be more patient on ball and get more touches with [Rebecca] and [Jennifer Segura]. We were forcing passes but we got the looks we wanted in the second half.

Cumberland continues its five-match homestand Friday with a 1 p.m. match against Bryan College.