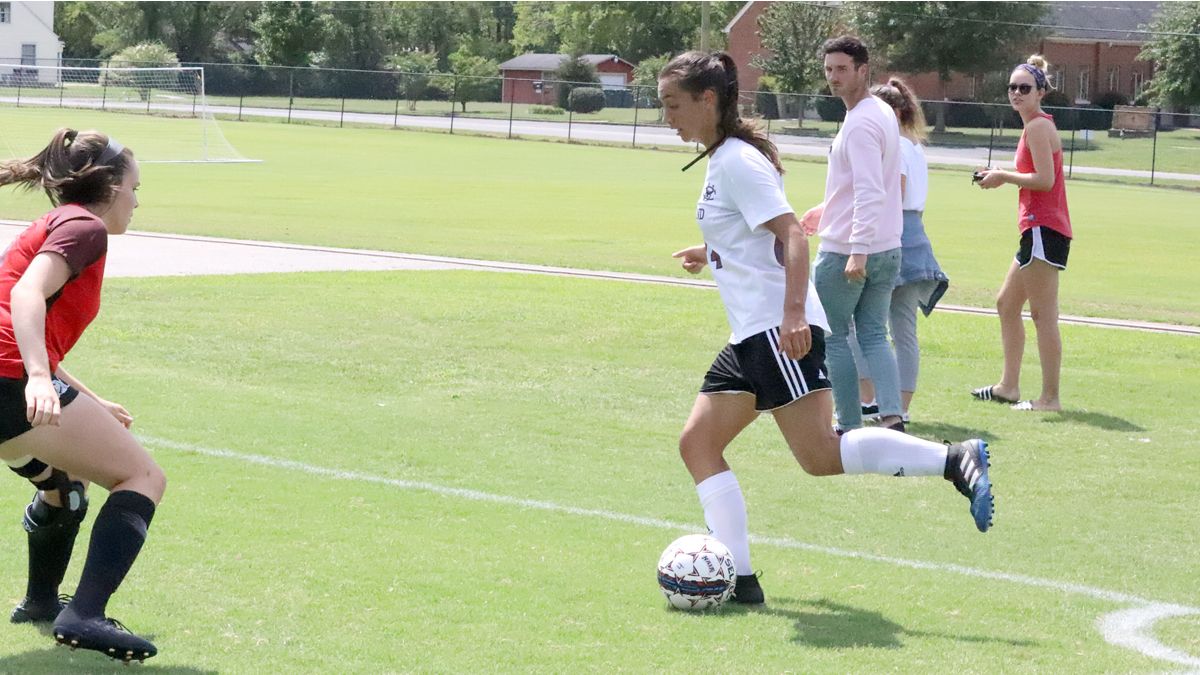 LEBANON, Tenn. – Rebecca Holloway and Emma Campbell each scored a pair of goals and Mariah Aplin added a goal and four assists, as 19th-ranked Cumberland scored eight times in the second half en route to a 10-0 victory over Bryan College in women’s soccer action here Friday at Lindsey Donnell Stadium-Kirk Field.

The Phoenix (3-0-0) posted its third consecutive shutout on its current five-match homestand, outshooting the Lions, 31-5, overall, including 20-2 in the second half. Holloway and Sarah Haddock scored for CU in the first half before the onslaught after the break.

Cumberland got on the board in the 15th minute, with Jennifer Segura playing a through ball to Holloway down the left side. The senior dribbled past a hard-charging Bryan (1-2-0) goalkeeper, Caragan Treola, and drilled a shot from 10 yards into an open net, her fifth goal of the season.

A pair of freshmen helped the Phoenix tally a second score, with Kenzi Vetter’s chip into the box causing a collision between Treola and Haley Stevens. Treola was called for a foul, giving CU a penalty shot, which Haddock converted into the left sidenet for a 2-0 Cumberland lead in the 21st minute.

The home team completely dominated the remainder of the half, outshooting the Lions, 11-3, but were unable to find the back of the net. Vetter’s drive from 25 yards was cleared over the net by Treola and a pair of headers by Haddock off corner kicks were both wide.

Holloway got the scoring started after intermission, taking an Autumn Copeland pass from the left, wheeling and firing past a diving Treola low and eight from the top of the 18 in the 49th minute.

Savannah Moreland beat three defenders and her shot far post found the back of the net in the 56th minute and only 100 seconds later, Copeland took an errant goal kick and fired past Treola for a 5-0 advantage.

Aplin assisted on the next four goals, the first to Segura on the left side of the net from 10 yards. Campbell netted the next two goals for CU, the second one off a rebound from Aplin, and Stevens played a long ball down the left to Aplin, who crossed to Elizabeth Stroud at the 87-minute mark.

Aplin got her goal with just over a minute to play after another nice pass from Stevens, finishing past Treola for the final tally.

Cumberland hosts Bethel University next Wednesday after 3 p.m. and finishes the homestand on Saturday, September 8 versus Southeastern University.