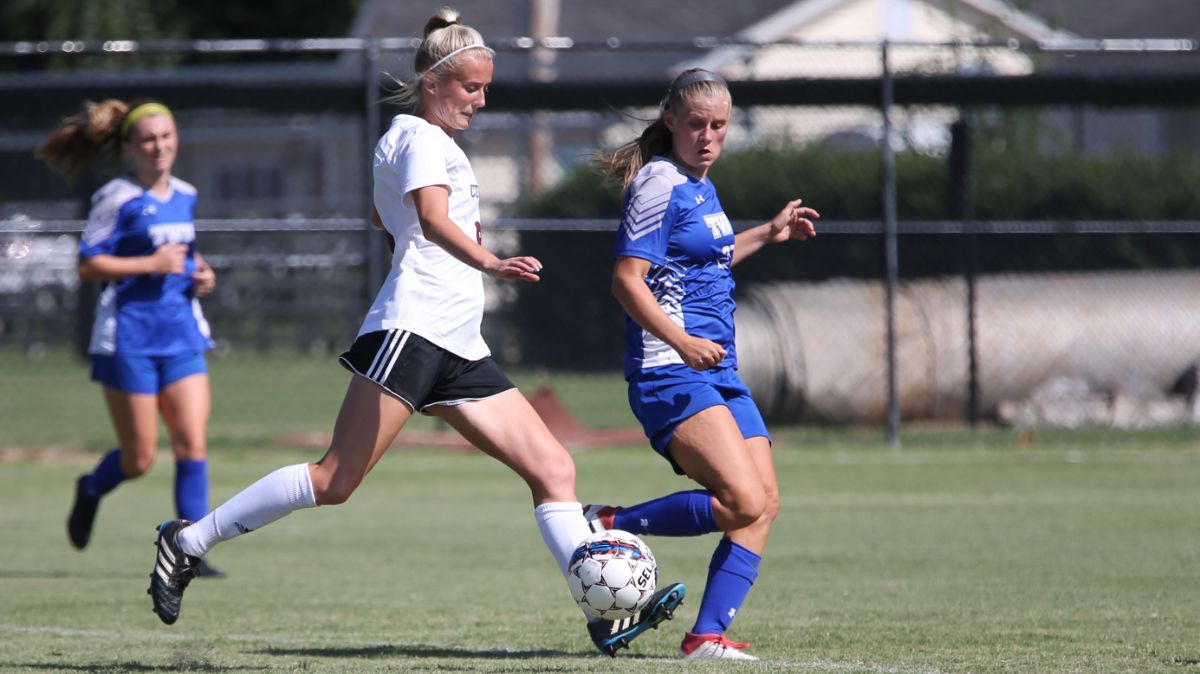 Emma Campbell and the Phoenix moved up three spots to No. 16 in this week's NAIA Coaches' Top 25 Poll.
Related Links

LEBANON, Tenn. – With three convincing victories to start the year, Cumberland women’s soccer moved up three spots to No. 15 in this week’s NAIA Coaches’ Top 25 Poll released Tuesday by the national office.

The Phoenix posted a 4-0 win over No. 15 Tennessee Wesleyan to open the season and collected a 2-0 victory against SCAD-Savannah as well. CU led 2-0 en route to a 10-0 win last Friday versus Bryan College, moving to 3-0-0 on the season.

Cumberland continues a five-match homestand to begin the year Wednesday against Bethel University at 3 p.m. at Lindsey Donnell Stadium-Kirk Field. The Phoenix entertain fourth-ranked Southeastern University this Saturday at 3 p.m.