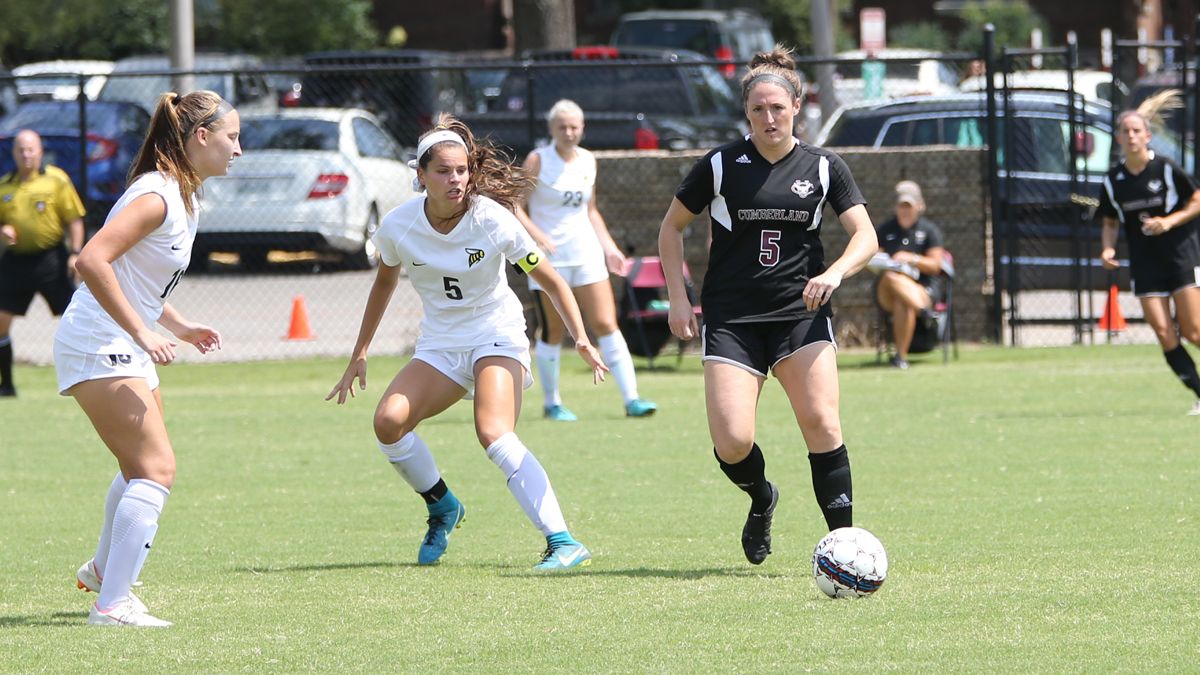 WILMORE, Ky. – Rebecca Holloway netted four goals with two assists, the first goal just 88 seconds into the match, and Jennifer Segura added two assists as well, as ninth-ranked Cumberland jumped to a five-goal lead in the first half and posted a 7-0 victory over Asbury University here Tuesday.

The Phoenix moved up six spots in Tuesday’s NAIA Women’s Soccer Coaches’ Top 25 Poll and completely dominated the first half, outshooting the Eagles (2-4-0), 18-0, in the opening 45 minutes. Holloway posted a hat trick and Haley Stevens and Autumn Copeland each scored in the period for CU.

The second half was more lackluster, but Cumberland (6-0-0) added two more goals in the final 20 minutes. Asbury finished the match with two shots compared for 27 for CU.

Holloway put the Phoenix ahead just 88 seconds into the match, taking a pass from Segura down the left side and beating Asbury goalkeeper Carley Pyles far post for a quick 1-0 CU edge.

Holloway assisted on the team’s second goal of the match, with Stevens heading in a corner kick from the middle of the goal near the top of the six-yard box in the 18th minute.

Cumberland continued to control the run of play and pressure the Eagles into mistakes in the midfield. Holloway took advantage in the 23rd minute, making a long run down the left side before blasting a shot low and far post, extending the CU lead to 3-0.

Emma Campbell and Copeland played a nice 1-2 combination for another Phoenix goal, this one in the 34th minute. Campbell beat her defender and played the ball through two other players to a streaking Copeland, who finished past Pyles from a tough angle down the right side to the far post, her third goal of the year.

Holloway nearly scored again two minutes later on a drive from the top of the box that drilled the crossbar. Campbell was right there for the rebound but her header was saved by Pyles.

Holloway got her hat trick in the first half, though, taking a pass from Segura down the left side and beating Pyles high and near post in the 38th minute for a 5-0 CU advantage at intermission.

In the 73rd minute Campbell had the helper to Holloway with a thru ball down the middle. Holloway dribbled past the goalkeeper and fired into an empty net. Campbell netted the final goal for the Phoenix on an assist from Holloway in the 81st minute.