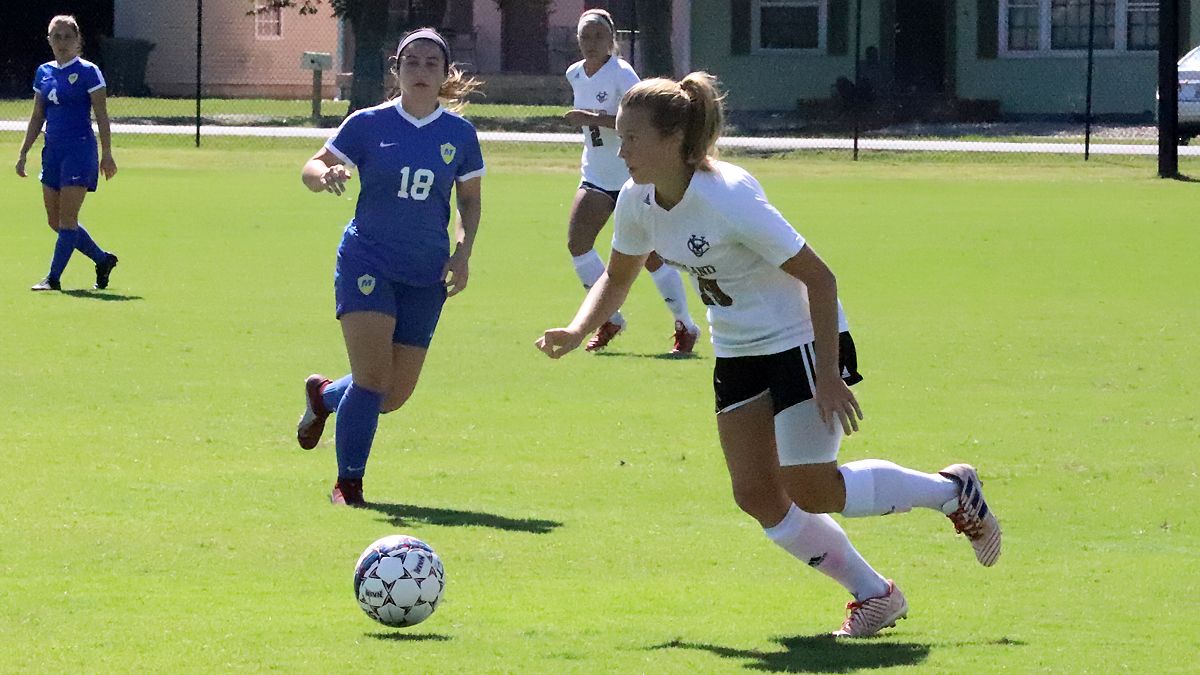 Autumn Copeland breaks away from Madonna defenders to score the first goal of the day. (Photo by Coy Gill)
Madonna University at #9 Cumberland Univ. | September 15, 2018

The Phoenix (7-0-0) relied on a pair of early goals and brilliant defensive play to walk away with a win. Madonna University (5-1-0) matched Cumberland’s shot output in the first half at nine each, but could not find many opportunities at all in the second half. Ashley Kambeitz played brilliantly again collecting nine saves during the contest.

Copeland put the Phoenix up 1-0 in the ninth minute when she broke through Madonna defenders and put the ball past the goal keeper into the bottom left corner of the goal from 10 yards out. Campbell recorded her fifth goal of the season in the 18th minute moments after coming in as a sub for Copeland. She scored on a breakaway pass from Mariah Aplin from 6 yards out.

Madonna played tough in the first half, garnering multiple chances for goals. Two of the Crusader’s best opportunities came on balls aimed towards the upper right corner of the net in the 16th and 17th minutes that both sailed just a little too high.

The teams engaged in a defensive struggle in the second half. Cumberland players shot the ball 11 times during the period, but only four of the shots were on goal. The Phoenix’s best scoring opportunity in the second half came from Kenzie Vetter, slamming the ball into the crossbar as time expired. Madonna placed all four of its second half shots on goal, but Kambeitz stopped them all to earn her sixth shutout of the season.

Cumberland hits the road for its next contest on Monday at 6 p.m. at Brescia University.