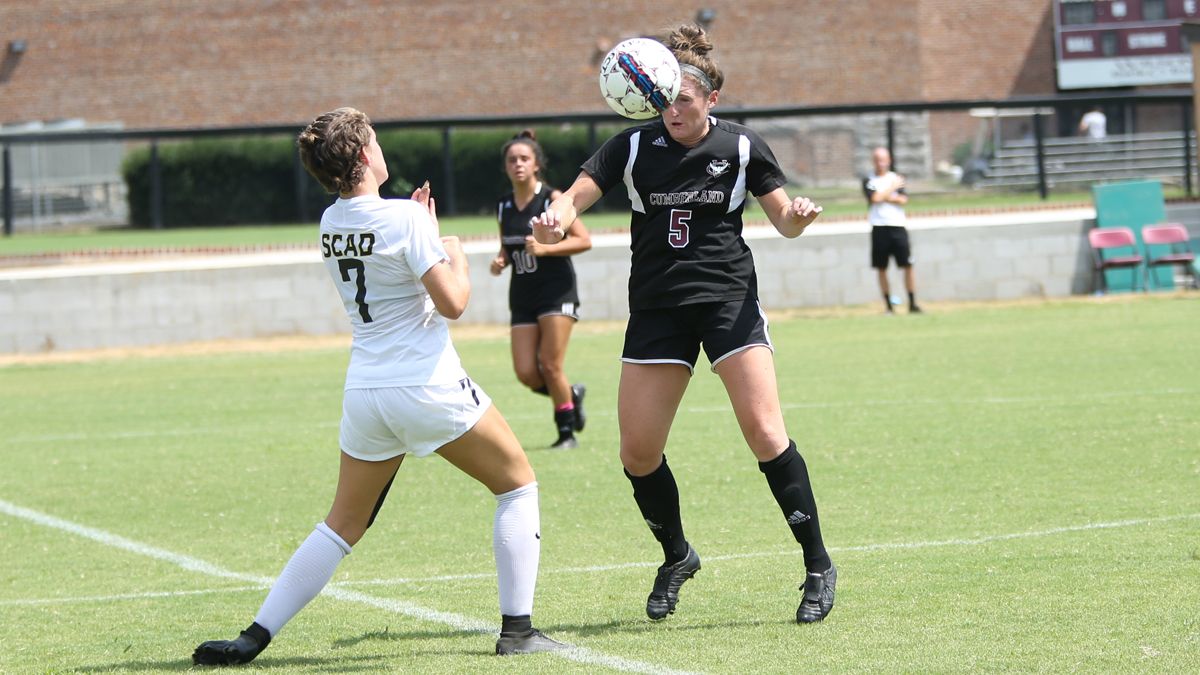 LEBANON, Tenn. – Cumberland’s Rebecca Holloway and Ashley Kambeitz earned Mid-South Conference Offensive and Defensive Player of the Week honors, respectively, on Monday after helping the Phoenix to a pair of victories.

Holloway continued her brilliant season with four goals and two assists, all at Asbury University, as CU stayed unbeaten. The Bristol, England, native scored just 88 seconds into the match and assisted on a Haley Stevens goal in the 18th minute.

The senior scored again in the 23rd minute, drilled the crossbar in the 35th minute and tallied her third goal of the first half in the 38th minute. Holloway added her final goal of the match in the 73rd minute and assisted on an Emma Campbell score in the 81st minute. She has 13 goals and four assists in seven matches this season.

Kambeitz continued her run of clean sheets with two more shutouts for the Phoenix. The Saskatoon, Saskatchewan, native collected one save in 74 minutes of action at Asbury and then posted nine saves in a 2-0 win against Madonna University.