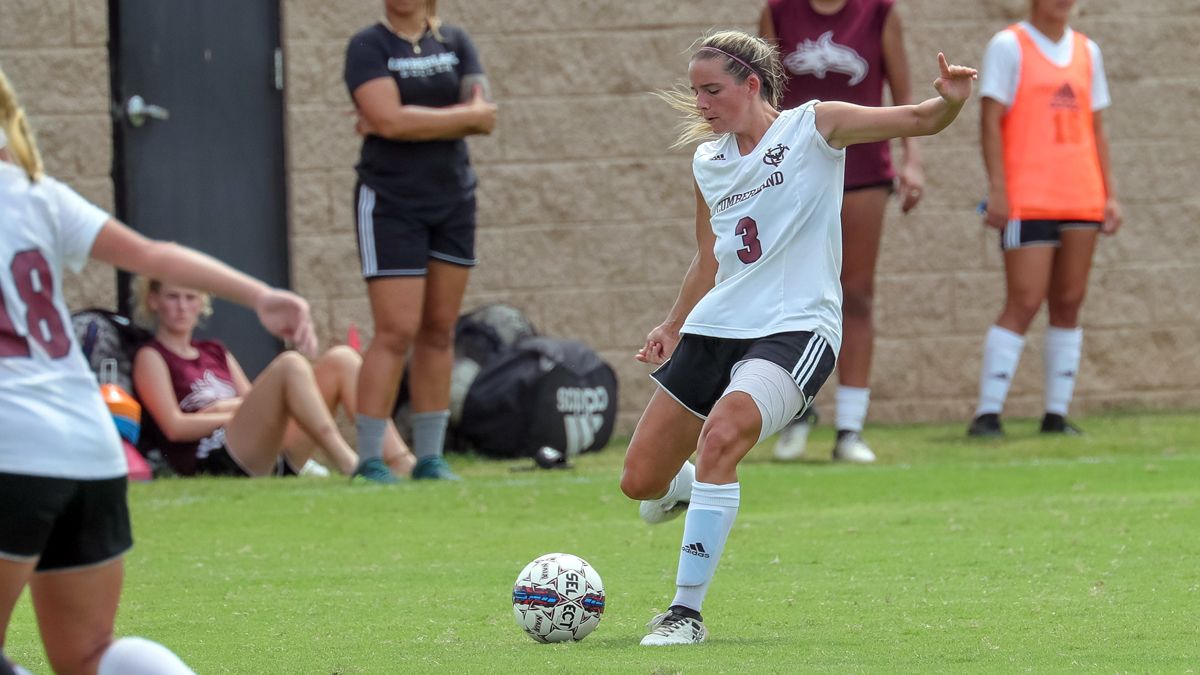 LEBANON, Tenn. – Savannah Moreland scored with three seconds remaining in double overtime, sending 10th-ranked Cumberland to a 1-0 victory over Georgetown College in a match the Phoenix dominated from start to finish Thursday evening in Georgetown, Ky.

Cumberland (12-1-0, 3-0-0 Mid-South) outshot the Tigers, 10-0, in the first half and 28-5 in the match, including a shot from Moreland midway through the second half that hit the crossbar, but the Phoenix were unable to penetrate the defensive posture of the home team.

Georgetown did not have a shot in either extra periods though three of the Tigers’ five shots in the match were on frame and saved by CU goalkeeper Ashley Kambeitz.

Georgetown’s Megan Martin recorded 12 saves in the match, including four in overtime, but Mariah Aplin found Moreland for the game-winner with just three seconds remaining. It was just the third goal of the year for Moreland but the 12th assist for Aplin.

Aplin’s cross to the middle was controlled by Moreland, who beat two defenders and her shot into the upper right corner of the net got past a charging Martin for the winner.