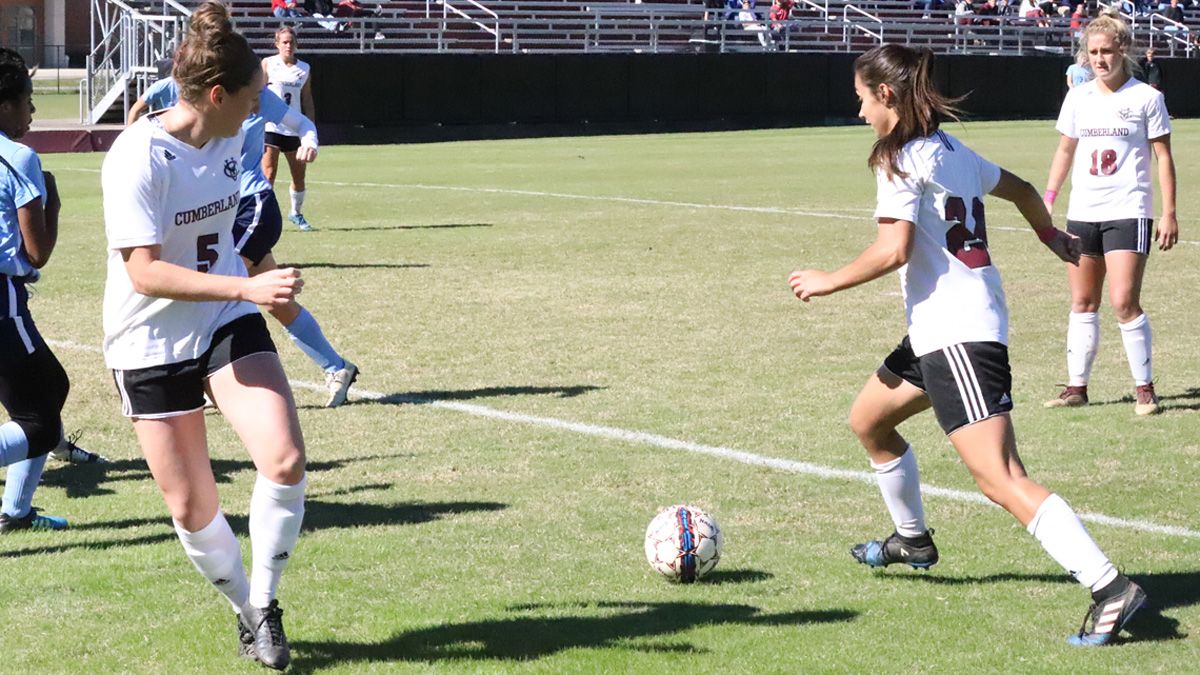 The Phoenix posted a 10-2 home mark in the regular season and scored three times in the first 12 minutes to take control of the match early. Cumberland led 5-0 at the half and netted three goals in the first 20 minutes of the second half as well.

In the fourth minute, Holloway’s cross from the left deflected off Autumn Copeland and Aplin was there to pick up the bouncing ball, firing it past Shawnee State goalkeeper Michaela Garner for a 1-0 edge.

In the seventh minute Copeland’s cross from the right near the endline bounced off a Bears defender into the net for an own goal. Just over five minutes later Jennifer Segura slid a ball down the right side and Savannah Moreland outran her defender, shooting far post for her sixth goal of the year and a 3-0 Phoenix advantage.

Cumberland continued to attack but was unable to finish in the final third until the final six minutes of the period. After just missing a header for a goal on a previous corner kick, Haddock took advantage of a second chance in the middle of the net from Holloway for her third goal of the season.

Then with just over three minutes left in the half, Haley Stevens was tackled in the box streaking down the right side. Haddock converted the penalty kick and Cumberland led 5-0 at intermission.

The Phoenix outshot the Bears, 15-0, in the period and forced Garner to make three saves.

Cumberland struck quickly again in the second half, with Aplin crossing to the middle and Holloway’s shot getting past Garner low and left just 95 seconds into the period. Holloway scored again just over a minute later, this time from distance, a rocket that bounced off Garner’s hands and slowly rolled across the goal line.

Aplin got the final goal for the Phoenix, with her first shot saved by Garner but she beat the goalkeeper to the rebound in the 64th minute.

Cumberland ends the regular season Wednesday at 24th-ranked University of the Cumberlands at 3:30 p.m. CT.