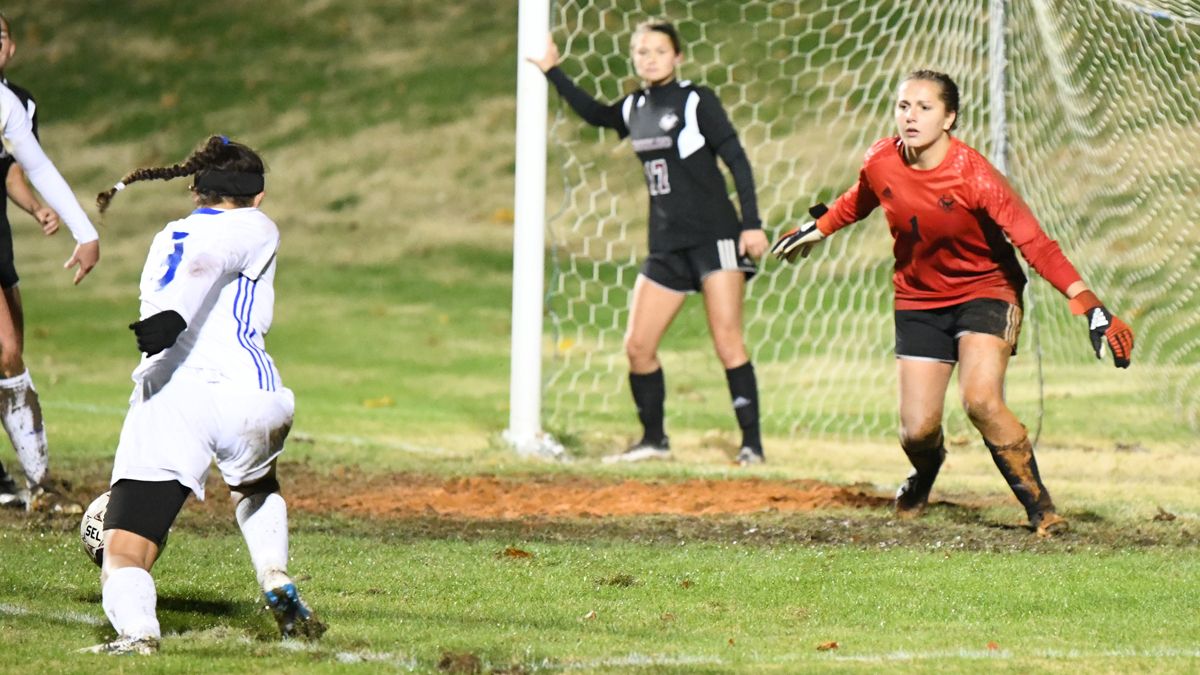 LEBANON, Tenn. – Tenth-ranked Lindsey Wilson scored twice in the first half and added a late goal as well, defeating No. 14 Cumberland, 3-0, in the championship matches of the Mid-South Conference Women’s Soccer Tournament here Friday at The Pit in Bowling Green, Ky.

It marks the sixth straight conference tournament crown for the Blue Raiders (11-3-2), who have defeated the Phoenix (16-3-1) three consecutive years in the championship match.

Lindsey Wilson outshot Cumberland, 21-3, in the match, including 13-0 in the first half, putting CU on the defensive on a sloppy surface after heavy overnight rain as well as four semifinals matches on Thursday chewed up the playing field. The Phoenix also played their second match without MSC Defensive Player of the Year Sarah Haddock, who was injured in practice earlier in the week.

Cumberland held possession for the first 10 minutes of the match but was unable to manage a shot, working the ball down both sidelines but finding little space through the middle and inside the 18-yard box.

Lindsey Wilson turned the offensive attack in its direction about 15 minutes into the match and got on the scoreboard first when Sina Cavelti was fouled in the box in the 26th minute. Amara Safuan converted the penalty kick for a 1-0 LWC edge.

The Blue Raiders dominated play over the final 25 minutes, outshooting the Phoenix, 13-0, in the period, but Ashley Kambeitz posted one save and Arden Butler cleared a ball off the line after the corner kick as well, keeping the LWC lead at 1-0 until late in the period.

Cavelti had a hand in the second goal for Lindsey Wilson as well, dropping a pass to Emelie Liljered past a charging Kambeitz, and Liljered fired into an empty net for her 10th goal of the year and a 2-0 advantage in the 43rd minute.

Cumberland pressed forward as the second half progressed, committing more players to the attack and leaving the backline open for a counter. The Blue Raiders executed that plan in the 75th minute, with Yvonne Ploeg delivering a thru to Delfina Santellan, whose shot got past Kambeitz at the near post, extending the Lindsey Wilson lead to 3-0.