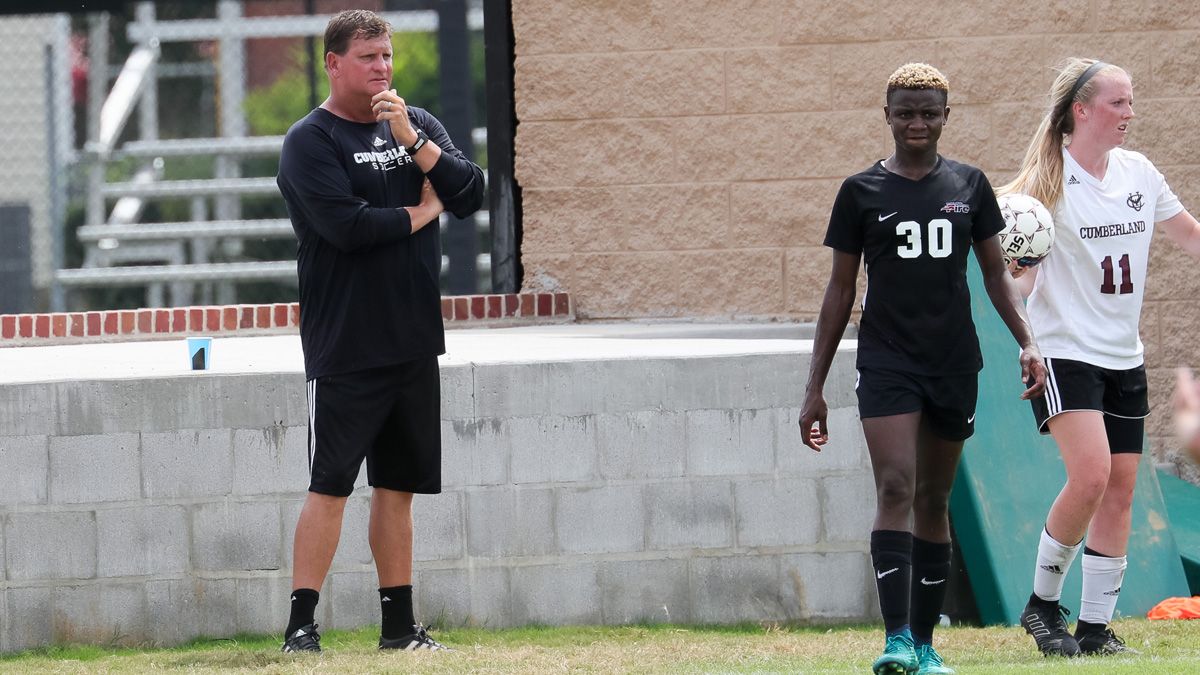 Coach Brian Davies' Cumberland women's soccer teams have been ranked in every preseason coaches since he has been at the helm. (Credit: Steve Wampler)
Related Links

LEBANON, Tenn.-- The NAIA revealed the 2019 preseason women's soccer Coaches' Poll this morning, ranking Cumberland 18th. The Phoenix have been a regular part of the poll, grabbing a spot in each of the last six preseason rankings.

The Phoenix face five teams that are ranked in or recieving votes in the newly released coaches poll, those teams being: Lindsey Wilson (Ky.) at sixth, Martin Methodist (Tenn.) at seventh, Cumberlands (Ky.) receiving 17 votes, Tennessee Wesleyan receiving 16 votes, and MidAmerica Nazarene (Kan.) receiving 12 votes. Coach Davies looks at these games as opportunities to jump higher up the poll.

"We are excited to be ranked in the top-20 again this year, but we are very motivated to get back to where we were last season--ranked in the top-10 most of the season, after beating the top ranked team in the country." Coach Davies explained, " The bottom line is that we must be able to win more top-20 games and our schedule gives us that opportunity."

Cumberland checks in at 18th after coming into the poll at 19th last year. CU earned a spot in every week's poll last year, climbing as high as eighth after beating the top team in the country, Southeastern. Coach Brian Davies returns key players from that team while infusing plenty of fresh, new talent.

The Cumberland women's soccer team gets the ball rolling on its 2019 season Saturday, August 24th at Tennessee Wesleyan, and play their first home game a week later versus MidAmerica Nazarene.