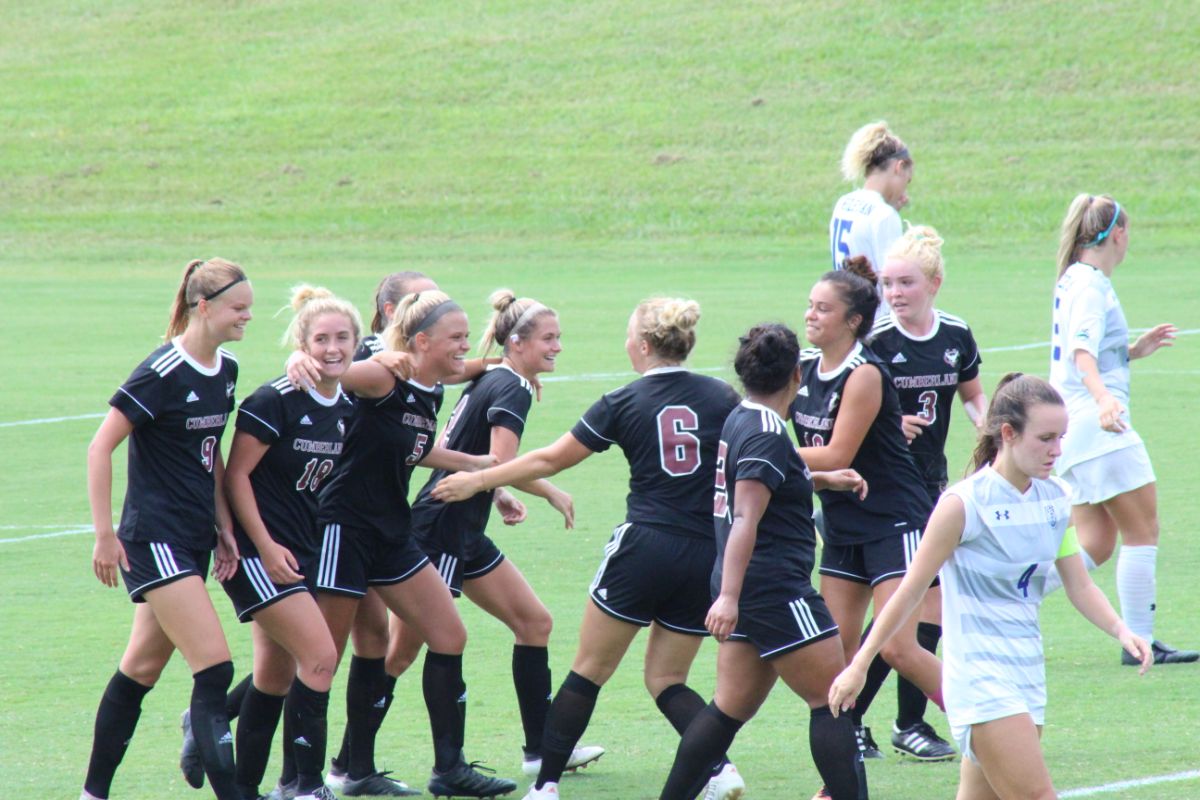 Following 39 minutes of scoreless action, Cumberland (2-0) was able to put one in the back of the net. The ball started in our territory and after a few good passes, Brenda Cernas put a good through ball in front of the Bryan keeper and Cumberland Forward Danisha Brown finished the job scoring her first goal as a Phoenix.

Bryan (0-2) threatened in the second half with a goal negated due to an offside call as well as a couple free kicks and two corner kicks to put the ball in the box. Cumberland Keeper Michaela Hawthorne played very well for her first shut out of the year. She faced seven shots and four saves including a great save where she tipped the ball over the post for a corner kick.

Cumberland had a good look in the 77th minute after a Bryan foul. Sarah Haddock took the free kick just outside the box and put a good shot into the top right corner, but Bryan Keeper Caragen Treola made a good save, one of her six in the game.

The Phoenix finished with 22 shots and seven shots on goal led by Marie Bathe who took seven shots in the match. Kylie Murphy led the Lions in shots with only two. Fouls were 8-5 in favor of Cumberland.

The Phoenix will make their 2019 debut at home this Saturday against RV MidAmerica Nazarene at 3 p.m.