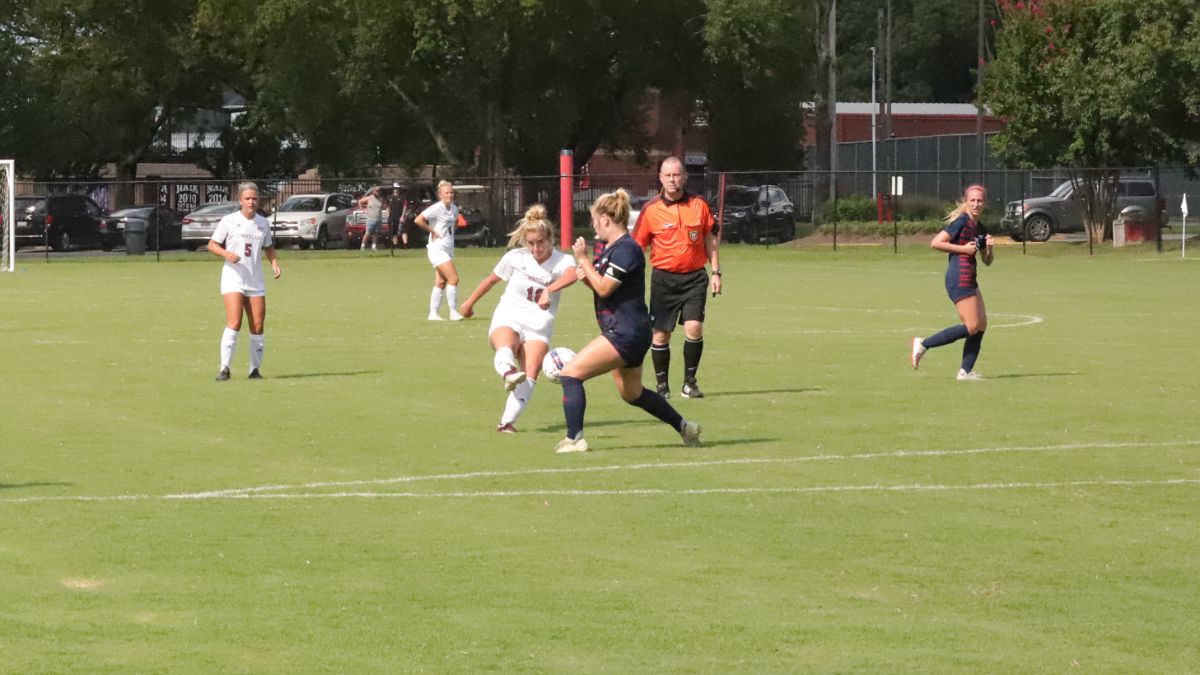 Cumberland Midfielder Haley Stevens fired a bullet from 25 yards out into the bottom left corner of the goal for what proved to be the one and only goal needed for the Phoenix. Cumberland (3-0) played stellar defense throughout this very physical matchup with Keeper Michaela Hawthorne played very well to help the Phoenix capture the victory and their second straight shutout.

MidAmerica Nazarene (1-1) had several chances, but could not capitalize on the opportunities. The Pioneers put eight shots on goal, but could not finish. They had a chance in the second half after a foul near the corner. They crossed it into the box where MidAmerica Savannah Moxley headed it towards the goal, but the Phoenix back line was their to save it.

Cumberland finished with 15 shots with four shots on goal. Cumberland Midfielder Brenda Cernas led the Phoenix in shots and just missed two goals missing one just high in the first half and hitting the crossbar in the second half. MidAmerica Nazarene posted 14 shots with Moxley putting up five shots with three of them on goal.

MidAmerica Nazarene held the advantage in fouls 9-8 and put four more shots on goal then the Phoenix, but Cumberland was able to withstand the tough matchup.

Cumberland took seven corner kicks in the match to MidAmerica Nazarene's one.

The Phoenix go on the road to take on Bethel this upcoming Wednesday September 4th at 5 p.m.