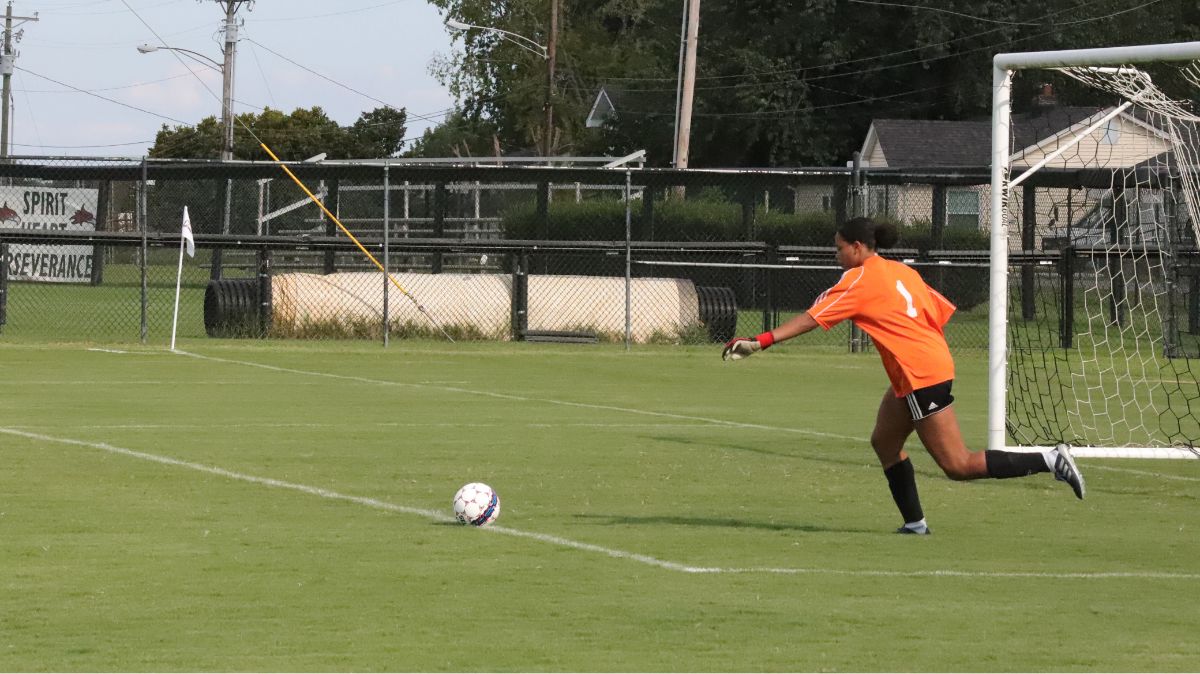 LEBANON, Tenn. – Cumberland’s Haley Stevens and Michaela Hawthorn earned Mid-South Conference Offensive and Defensive Player of the Week honors, respectively, for their part in a 1-0 victory over Bryan College and a 1-0 victory over RV MidAmerica Nazarene, as announced by the league office.

Stevens recorded the game winner against a tough MidAmerica Nazarene team on Saturday. She put the ball in the left corner of the net in the 18th minute which ultimately decided the game for the Phoenix.

Hawthorn collected a pair of shutouts against Bryan College and MidAmerica Nazarene this week. The junior recorded 12 saves on the week with four from the Bryan game on Tuesday and eight from Saturday's game. She faced 21 total shots on the week.

This is both Stevens and Hawthorn's first MSC Player of the Week honor of their careers.

Cumberland goes on the road to take on Bethel on Wednesday and Saturday they take on No. 7 Martin Methodist.