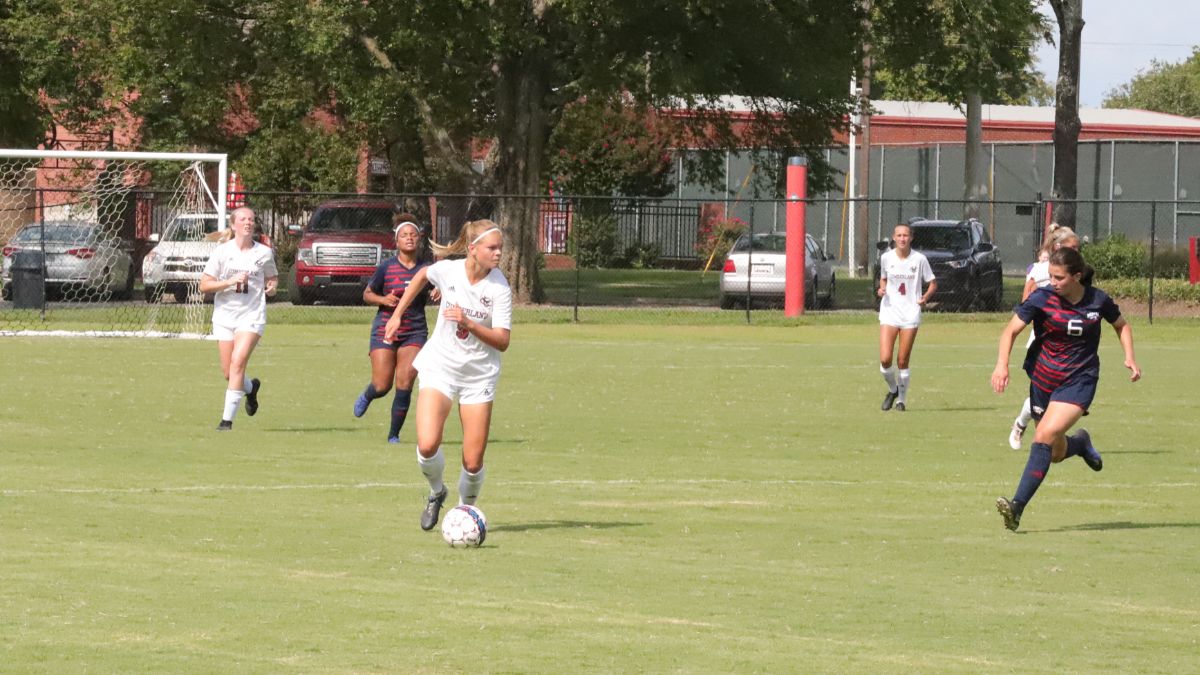 PULASKI, Tenn.- The 18th-ranked Phoenix held the lead going into the half, but dropped a 3-2 match to the No. 7 Martin Methodist Redhawks. Marie Bathe and Sarah Haddock each scored for the Phoenix, who did not trail until the 69th minute of the match.

The Phoenix (3-1-1) led 1-0 at half after a 20th minute goal by freshman Marie Bathe, her first of the season. CU took four corner kicks to Martin Methodist's one in the first half.

The second half saw both teams battling hard back and forth. Martin Methodist's Adisa Nwawel started the scoring for the Redhawks putting in the equalizing goal off her back heel from Yuki Watari in the 55th minute.

After Martin Methodist took the lead, CU aggressively pushed for the tying goals. Bathe hit the post in the 83rd minute while getting fouled which allowed Haddock to net her second goal of the year on the ensuing penalty kick.

Despite the aggressive tempo, the Phoenix could not get another shot on goal. They had an opportunity with six seconds on the clock after a Redhawk's yellow card, but could not get a good look.

Bathe led the Phoenix with seven total shots in the match and five shots on goal.

Cumberland finished the game with 6 of its 11 shots on goal while notching four corners. For the game, the Martin Methodist tallied a total of 15 shots with 10 on goal and recorded two corners.

The Phoenix had 16 fouls in a very physical match and Martin Methodist only had seven.

Cumberland is back at home on Tuesday to take on Asbury University at 3 p.m.