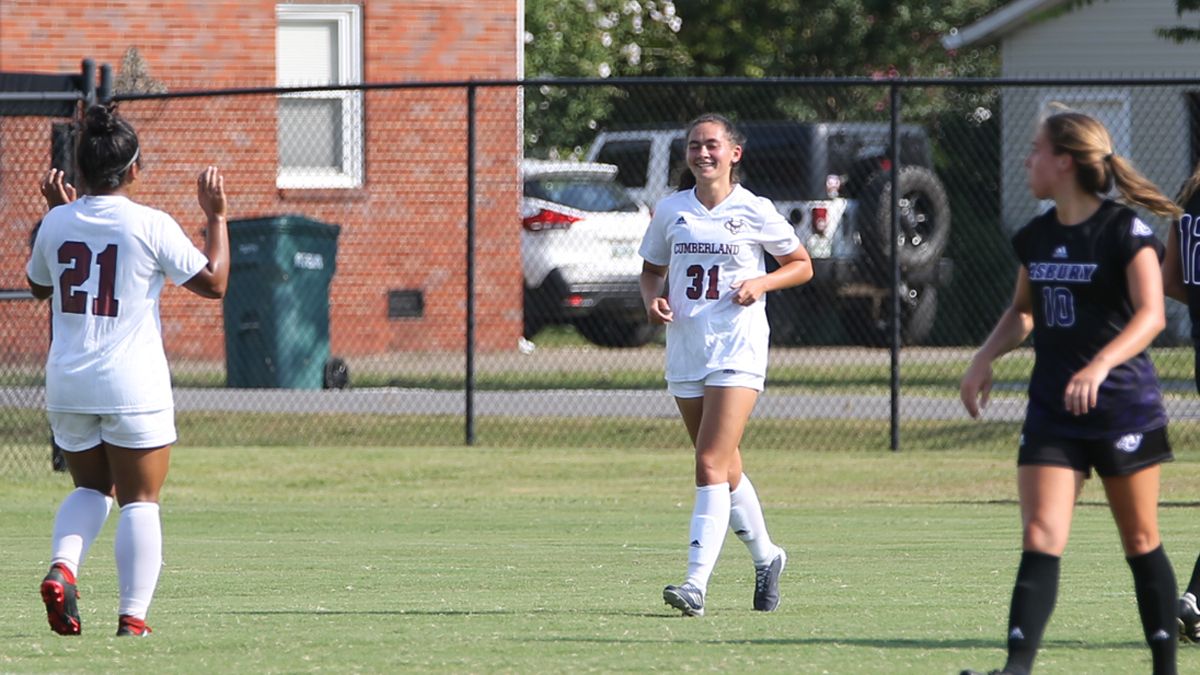 Both freshman Brenda Cernas and Michele Scholz scored goals in Tuesday's game to help win over the Eagles
Asbury at #18 Cumberland | September 10, 2019

The second half started out with a quick score by Cumberland’s Haley Stevens coming from an assist by Jennifer Segura, making the score 3-0 Phoenix lead at the 47th minute mark. Both the Phoenix and the Eagles produced lockdown defense throughout most of the second half until Cumberland’s Marie Bathe weaved between defenders scoring a goal making the score 4-0 Phoenix lead in the 81st minute.

Michaela Hawthorn showed her athleticism in the final five minutes of the game where she recorded two back to back saves while charging towards the 18 yard mark, Hawthorn faced eight total shots and recorded five saves.

The Phoenix outshot the Eagles 25-8 with 15 shots on goal to the Eagles five.

Cumberland is back on the road against Madonna University on Saturday, September 14th at 1 P.M. in Dearborn Michigan.