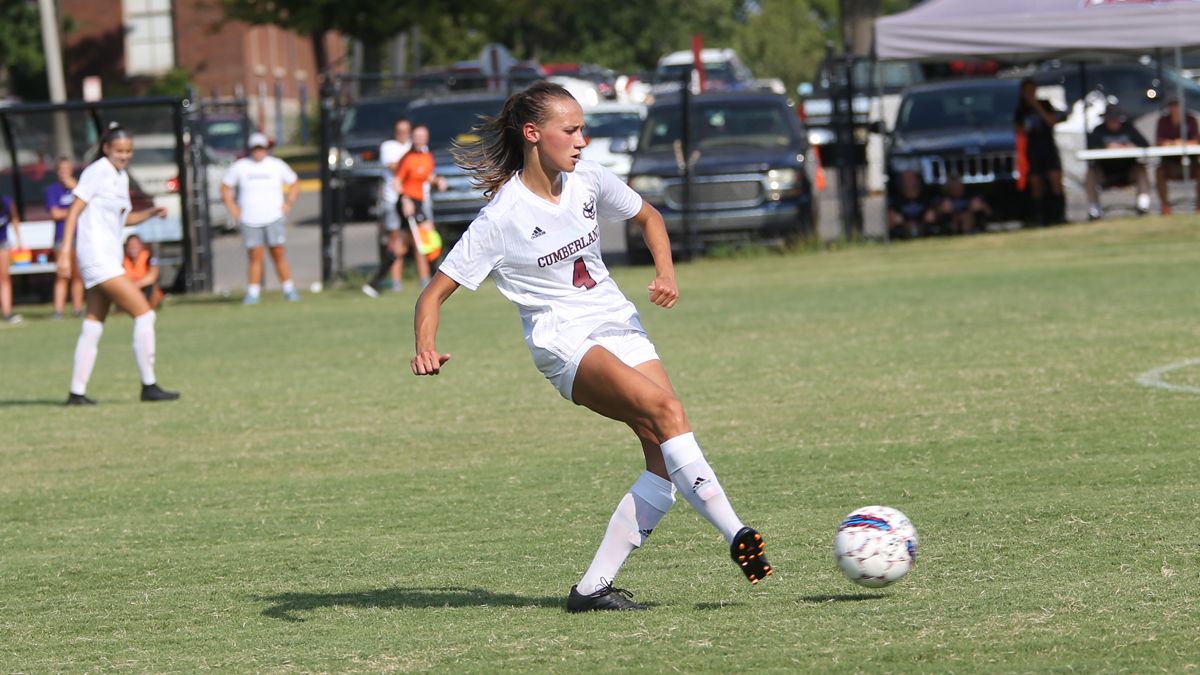 LIVONIA, Mich.--18th-ranked Cumberland women’s soccer falls to Madonna, 2-0, on the first day of its weekend trip to Michigan.

Michaela Hawthorn got the start in goal for the Phoenix, grabbing three saves over the course of 65 minutes of play. This stands as only the third game of the season that opposing teams have managed to get the ball past Hawthorn. The sole Cumberland shot on the day was attempted by Remi Clarke.

The Crusaders’ Brooke Bruletti took the win on the day from goal, while Megan Verant was instrumental to their offensive success, scoring a goal on four shots.

The overall trend of the game was set rather early, the Phoenix failing to keep pressure off their side of the field. Cumberland defenders held on through the first 10 minutes, surviving a Madonna onslaught of four shots over a seven minute period. The Crusaders broke through in the 28th minute when their Karina Arnold got a shot by Hawthorn.

Hawthorn earned one of her saves off a Madonna header early in the second half, but the Crusaders followed through with another goal to take a 2-0 lead two minutes later. The Phoenix only shot of the game came in the 85th minute, but they were unable to turn that offensive pressure into results.