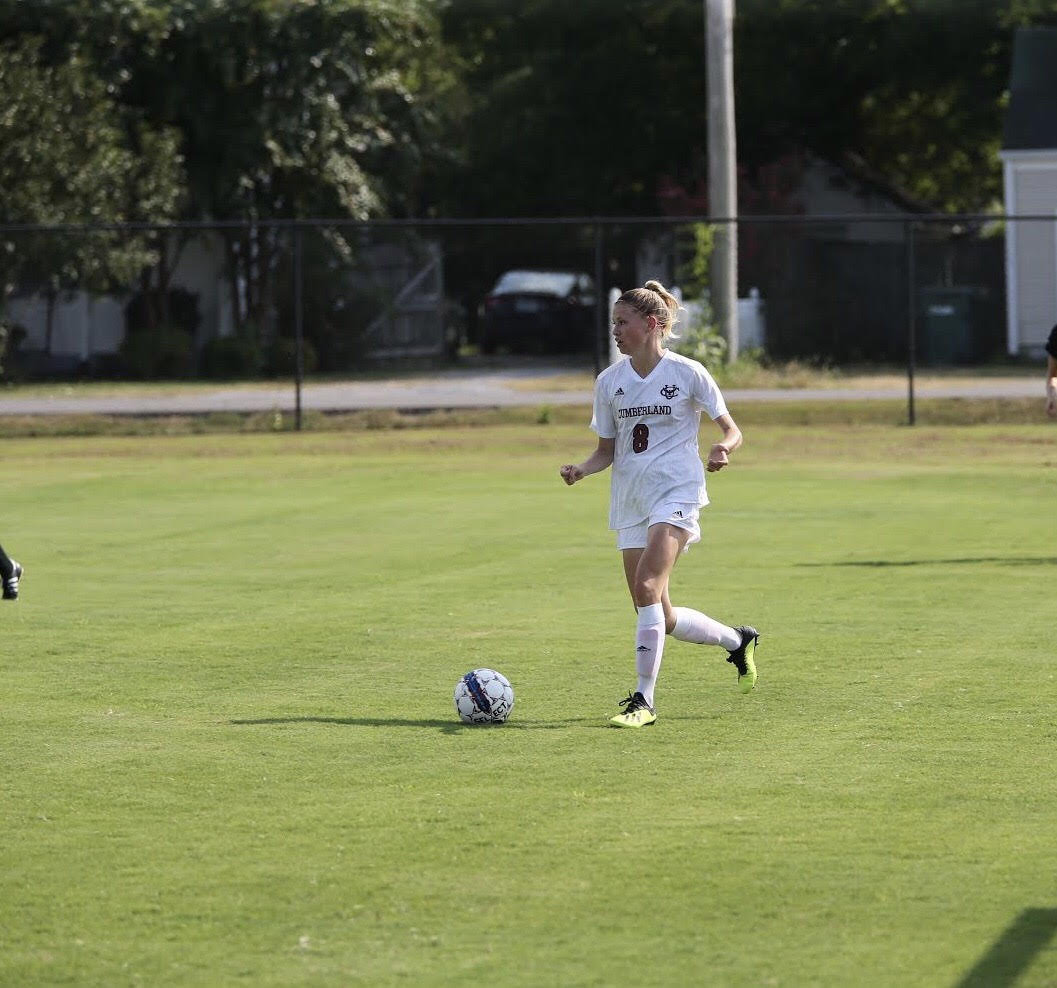 Carla Hager recording the only goal for the Phoenix to win over the Cougars in overtime. (Credit: Bob Tamboli)
Mount Vernon at CU-W | September 21, 2019

Lebanon, Tenn.-  23rd ranked Cumberland and Mount Vernon played for 94 minutes in Lebanon, Tennessee to compete in overtime play for a 1-0 Phoenix Victory.

Neither the Phoenix (6-2-1) nor the Cougars (5-3-1) could get anything going offensively in the first half due to both teams physical defensive game plans. The Phoenix mostly held possession of the ball throughout the half shooting five shots with four being on goal but couldn’t penetrate the Cougars defense.

The second half was nothing less but continuous defensive plays from both teams, as the Phoenix shot eight times throughout the half but nothing was able to connect due to Mount Vernon’s Anna Chrysler, who recorded seven saves, which resulted in a scoreless regulation to go into overtime.

Overtime was explosive for the Phoenix, as Carla Hager slid by Mount Vernon’s defenders to score a goal by a header in the 94th minute, the goal came from an assisted pass by Marie Bathe to pull out the 1-0 victory over the Cougars.

The Phoenix held the Cougars to eight shots with four shots on goal, Michaela Hawthorn had all four saves for the game.

The Phoenix stay at home to play against Dalton State College on Tuesday, September 24th at 1 P.M.