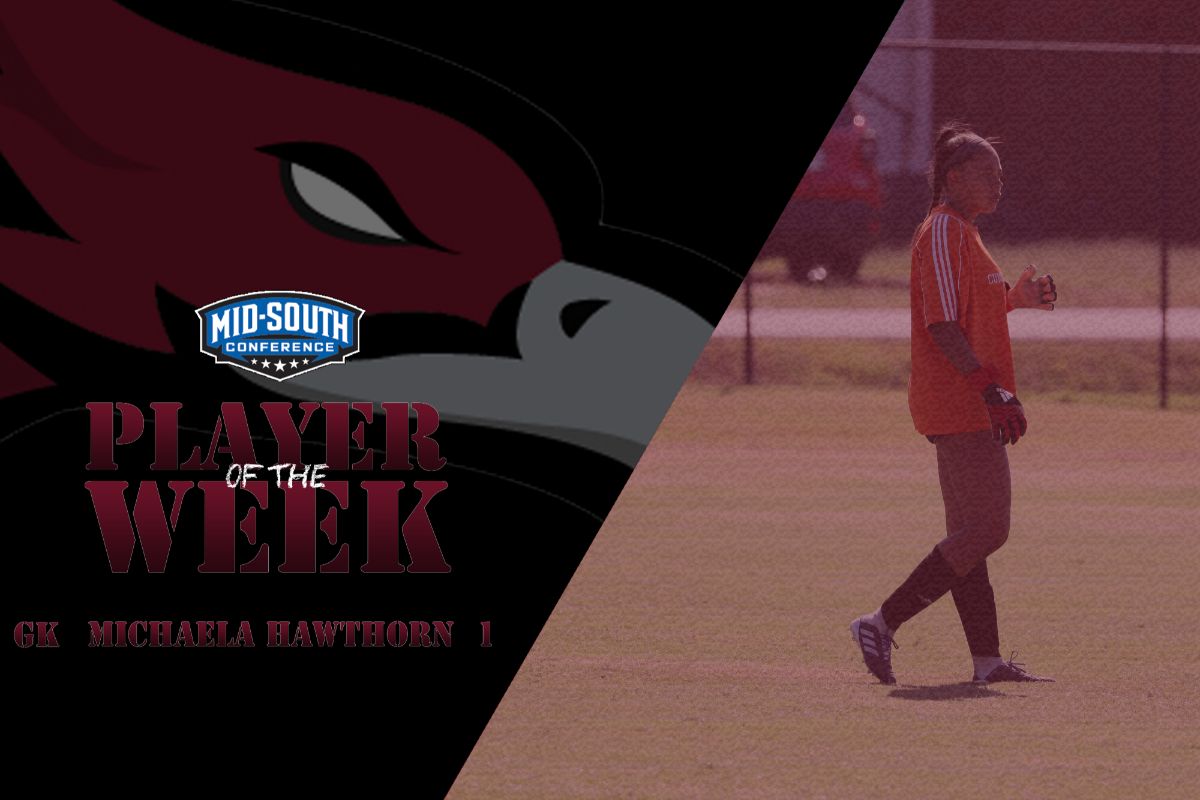 On the season, Hawthorn and the Phoenix rank seventh nationally as a team with five shutouts on the year. Hawthorn also ranks 38th in the NAIA with 40 saves so far.

This is Michaela's third MSC Defensive Player of the Week honor of her career.

Cumberland takes on Dalton State College at Lindsey Donnell at 1 p.m. on Tuesday before they start conference action next week.