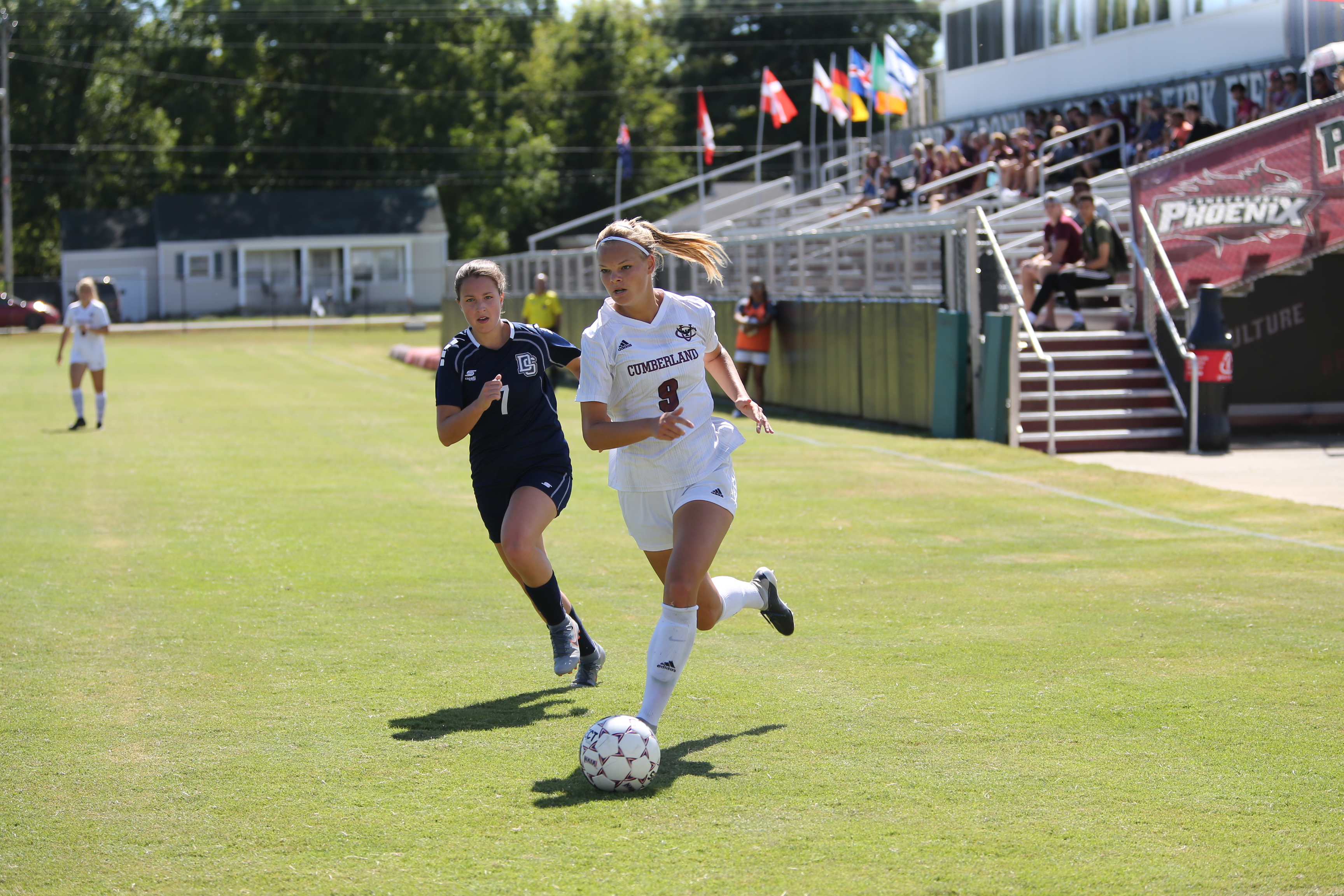 The first half was consistently controlled by the Phoenix, while showing a fast pace offense. The Phoenix attempted eight shots with four being shots on goal. Marie Bathe was able to execute on one of the shots by scoring a goal at the 33rd minute mark to put the Phoenix ahead of the Roadrunners 1-0. Michele Scholz was able to break away from defenders to take a shot at goal but came up short by hitting the bottom part of goal.

The second half continued to be controlled by Cumberland as they held on to the possession majority of the match. A miscue in the 52nd minute by Dalton State's Caylee Carpenter and Mattie Dollar led the Roadrunners to a 2-0 deficit by scoring an own goal to increase the Phoenix lead. The Phoenix continued to attack the Roadrunners defense as they shot 14 shots with nine being on goal.

In the final minutes of the game, Cumberland’s Haley Stephens was able to secure the victory by increasing the lead by scoring a goal in the 87th minute from an assist by Bathe. The Phoenix won the game over the Roadrunners with a final score of 3-0.

Cumberland outshot Dalton State 22-3 with the Phoenix recording 13 shots on goal to the Roadrunners three. Cumberland’s Michaela Hawthorn added another shutout to make it her seventh shutout for the season while recording one save on the day. Dalton State’s Mattie Dollar recorded 10 saves for the Roadrunners.

The Phoenix continue their season at home against Thomas More University on Monday, September 30th at 1 P.M.