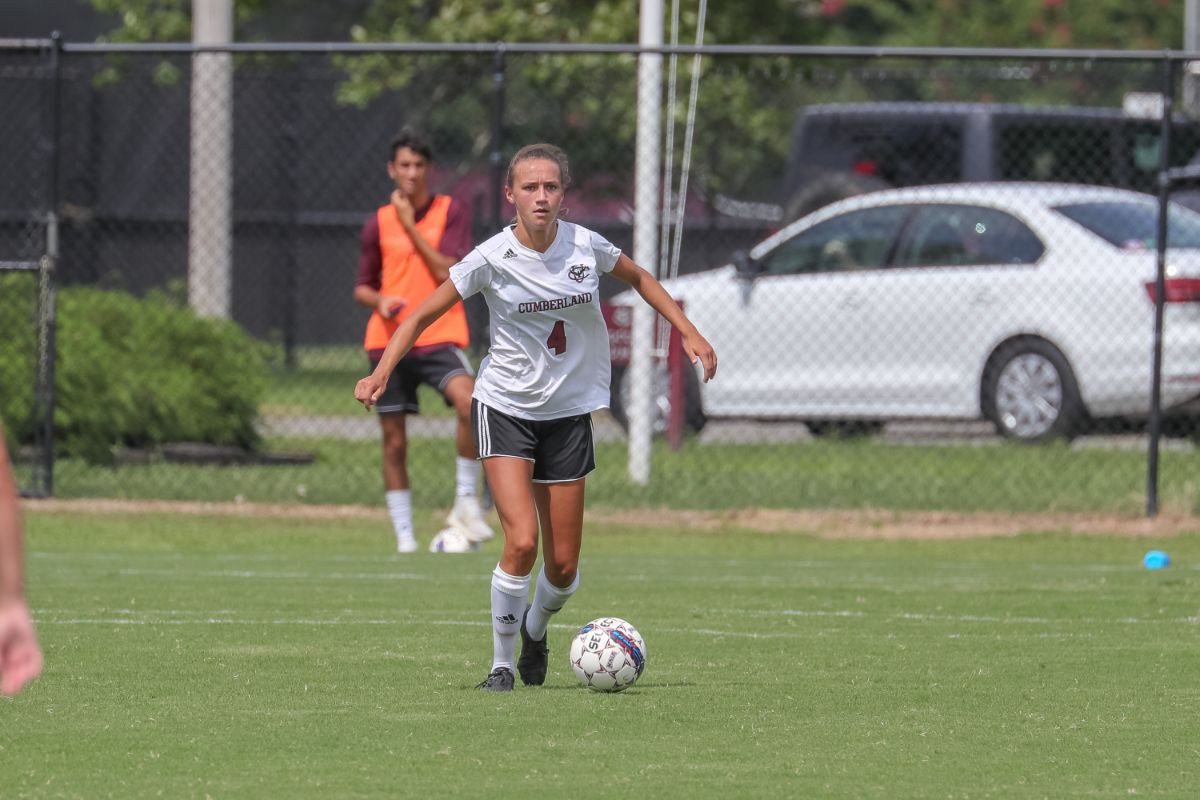 LEBANON, Tenn.- Cumberland's Sarah Haddock converted a penalty kick late in the first half and then picked up a clear from Thomas More at the top of the box and registered her second goal of the match to propel the Phoenix to a 2-1 victory over Thomas More in their first Mid-South Conference action of the season.

The Phoenix (8-2-1, 1-0 MSC) increased its winning streak to four straight games since losing to Michigan-Dearborn two weeks ago. Cumberland controlled the pace of the match for most of the game keeping constant pressure on the Thomas More side of the field.

Haddock found the back of the net after a Thomas More foul inside the box to break a 0-0 tie in the 40th minute of the match.

Thomas More's Morgan Beare netted the equalizer off a header on a corner kick. The pass came from Ryann Meddings in the 63rd.

In the 80th minute, the Phoenix were pressuring the Thomas More defense and the Saints cleared the ball out of the box, but Haddock found it at the top of the box and was able to beat the Saints keeper with 10 minutes left in the match. Haddock record her third and fourth goals of the year.

Cumberland is back at home this Saturday to take on Georgetown. The game is set to begin at 1 p.m. at Lindsey Donnell Stadium.