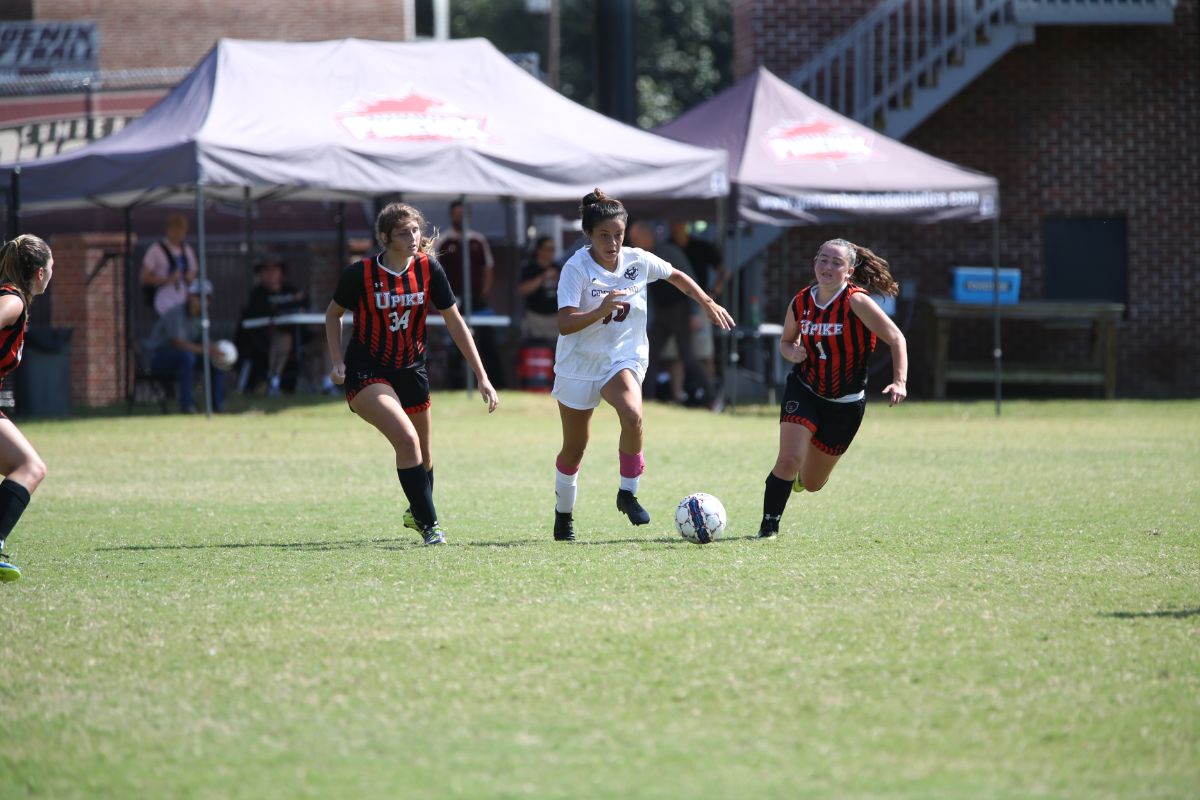 Jennifer Segura scored three goals for the Phoenix in the 10-0 victory over the Bears. (Credit: Bob Tamboli)
Pikeville at #21 Cumberland | October 08, 2019

LEBANON, Tenn.- A plentiful amount of goals by the Phoenix, helps No. 21 Cumberland soar past Pikeville.

Just one minute later, Jennifer Segura was able to connect for another goal off a double assist from Bathe and Hager to put the Phoenix ahead of the Bears 3-0 to head into the second half.

The Phoenix dominated the second half as Segura scored her second goal off an assist by Sarah Haddock in the 55th minute to put the Phoenix ahead over the Bears 4-0. A spark lit under the Cumberland’s offense as in the 56th minute, Hager was able to score her second goal of the day increasing the Phoenix lead 5-0.

Cumberland’s offense continued to be dominate as Haddock attacked the Bears defense resulting in a penalty kick, in which Haddock was able to score off the kick making the score 6-0, Phoenix lead. A double assist by Bathe and Mollie Gidney in the 61st minute allowed Hager to score her third goal of the game making the score 7-0.

The Phoenix will be playing away against Shawnee State on Saturday, October 12th at 1:00 P.M