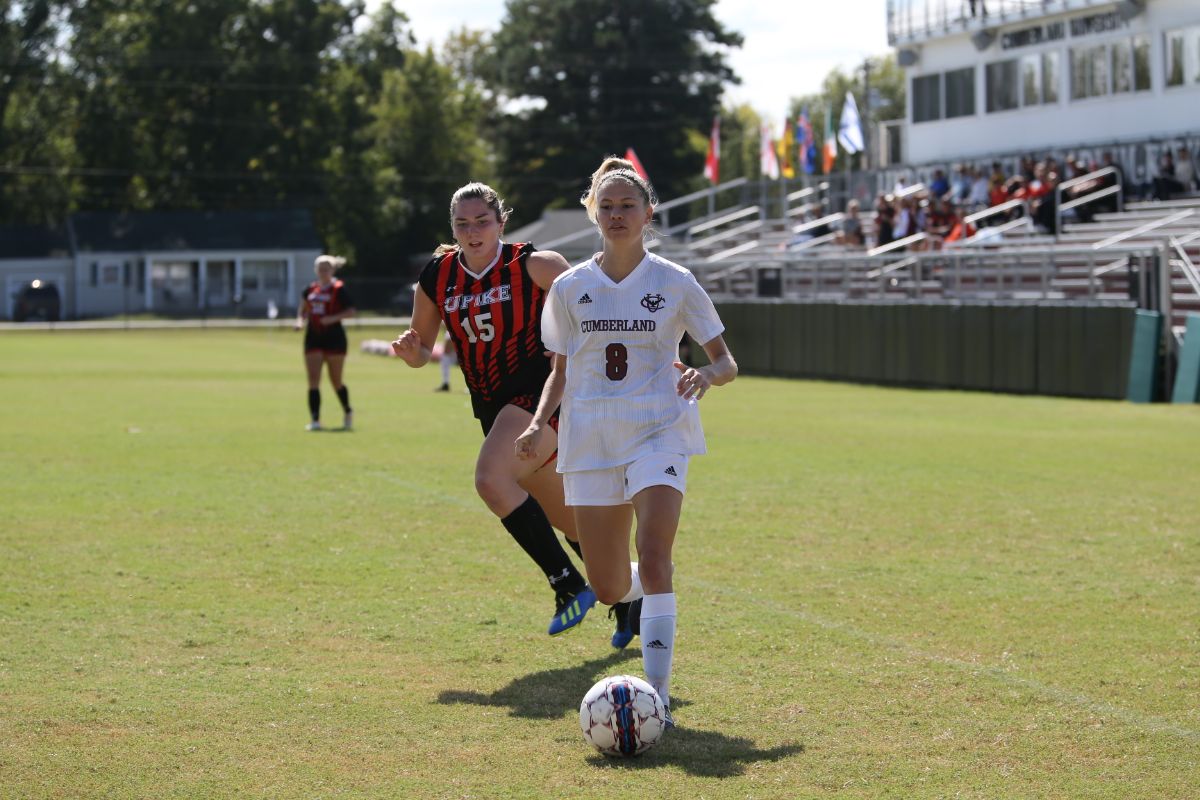 Carla Hager scored five goals in the past two matches to help the Phoenix move up to No. 20 in the Polls. (Credit: Bob Tamboli)
Related Links

LEBANON, Tenn.- The Phoenix women's soccer team move up one spot to No. 20 in this week's NAIA Women's Soccer Coaches Top 25 Poll, announced by the national office this morning. This is third straight week that Cumberland has moved up one spot in the polls.

Cumberland goalkeepers Sabrina Graziano and Camille Atkins each collected 90 minute shutouts in their first career starts for the Phoenix. Cumberland now ranks 5th in the nation in shutouts and has moved up to 17th in total assists.

The Phoenix will be traveling to Portsmouth, Ohio this Saturday to take on Shawnee State in Mid-South Conference action.