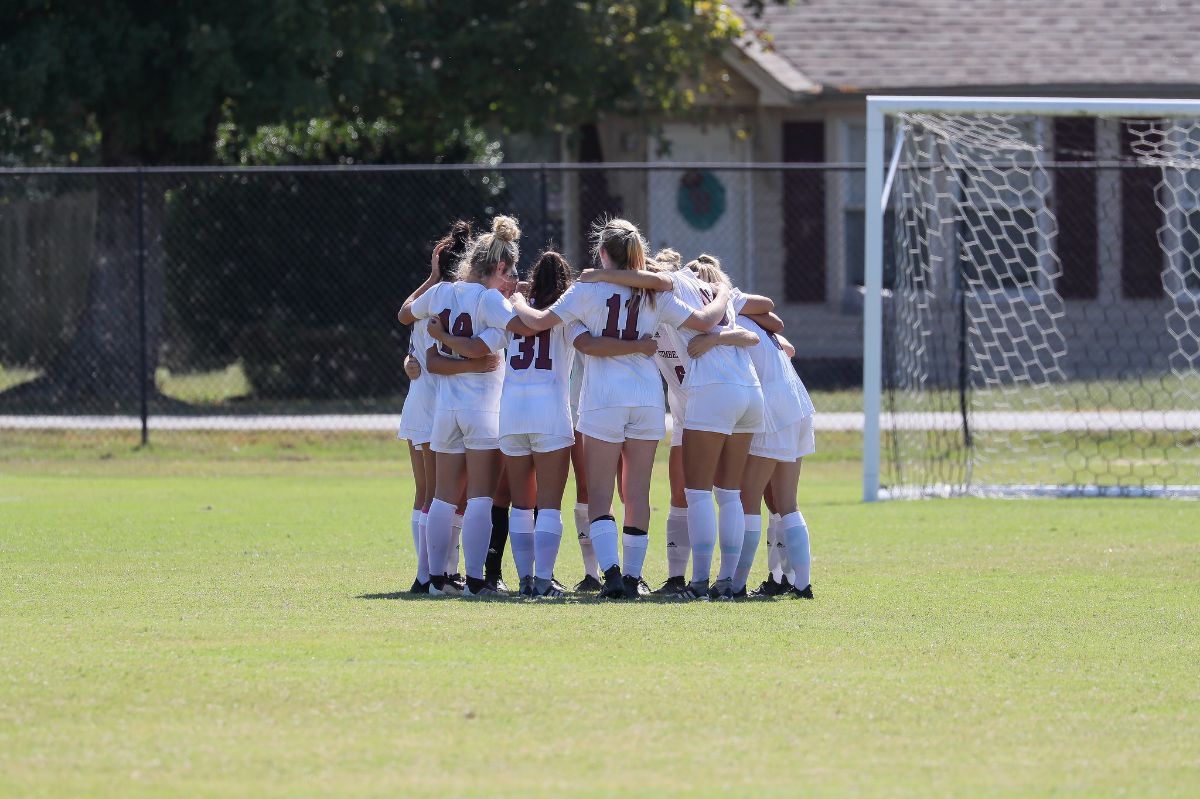 Cumberland moves up one spot to No. 19 in the Top 25 Polls after going 1-1 this past week. (Credit: Steve Wampler)
Related Links

LEBANON, Tenn.- The Phoenix women's soccer team move up one spot to No. 19 in this week's NAIA Women's Soccer Coaches Top 25 Poll, announced by the national office this morning. This is fourth straight week that Cumberland has moved up one spot in the polls.

Cumberland went 1-1 on the week defeating Shawnee State on the road 8-2 and losing a heartbreaker in double overtime to No. 5 Lindsey Wilson. There record on the year is now 11-3-1 and 4-1 in the Mid-South.

Carla Hager collected two goals against Shawnee State to get her ninth and tenth goals on the year, good enough to lead the team. Marie Bathe, Brenda Cernas and Danisha Brown also scored two goals while Johanna Rappe and Jennifer Segura each added one goal.

Bathe has registered five assists over the last two matches for a total of 12 assists on the year, ranking third nationally.

The Phoenix return home to take on RV University of the Cumberlands on Sunday at 12:30 p.m.