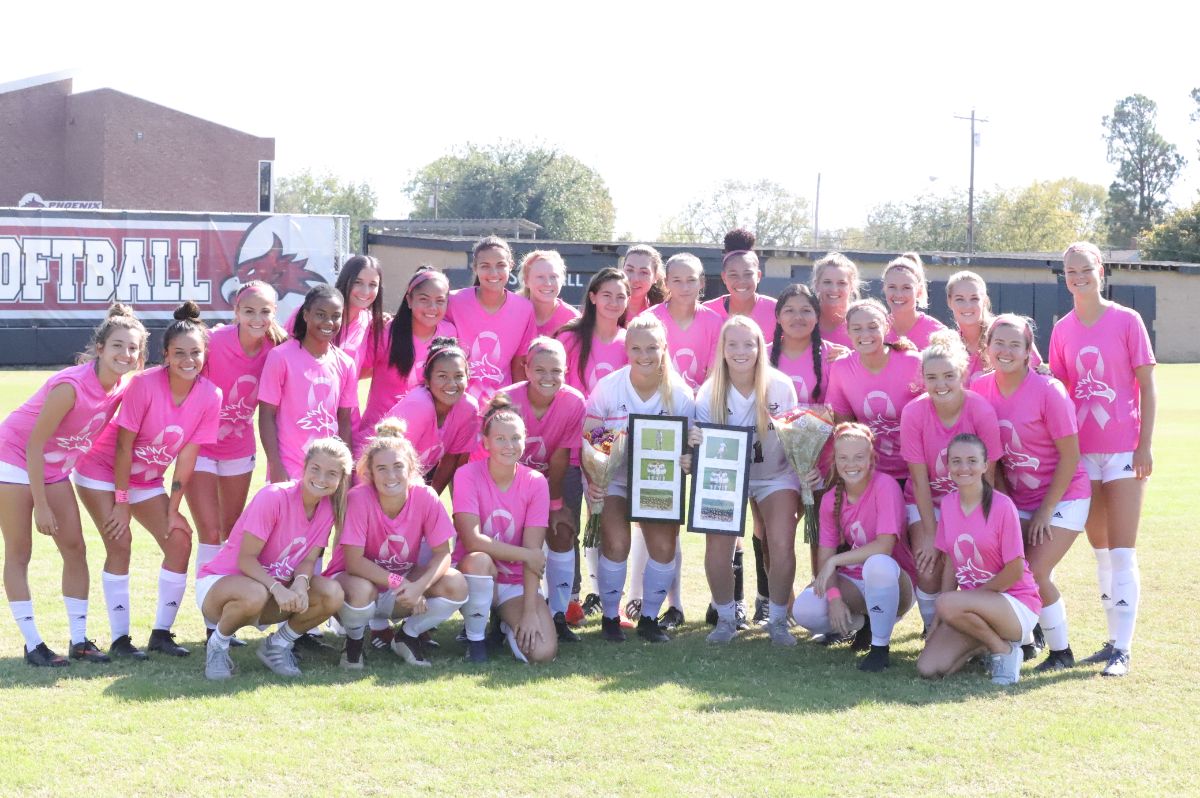 LEBANON, Tenn,- Quick score in overtime, allows the Patriots to surpass the Phoenix.

Sarah Haddock scored a single goal and Marie Bathe had one assist for the Phoenix. Alba Lorca and Naira Lopez both recorded a goal, as Sara Randez and Laura Navajas both had an assist for the Patriots.

The second half started off fast for the Patriots as Lorca scored off an assist by Randez in the 47th minute to tie the game 1-1. Throughout the half both teams continued to contest shots, especially in the 62nd minute, Bathe attempted a shot towards the keeper but was deflected, allowing Carla Hager to attempt another shot for the Phoenix but was saved by the Patriots keeper as Panis dove for the save for the Patriots. With no shots being able to connect for a goal, the remaining time expired in regulation, resulting in overtime play with a score of 1-1.

The Phoenix will be back on the road to face against Life University on Sunday, October 20th at 1 p.m.