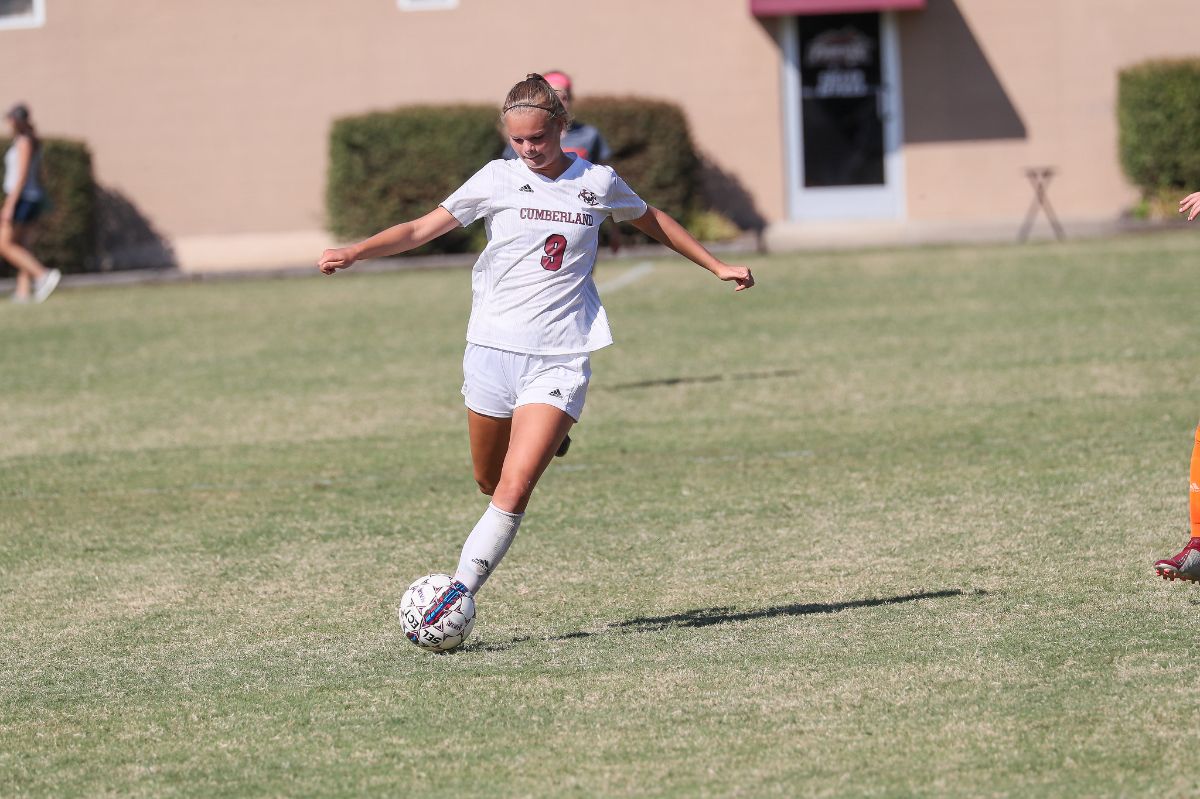 CAMPBELLSVILLE, Ky. - The Phoenix fell short to the Tigers 1-0 in Cumberland’s final match of the regular season.

Marie Bathe led the Phoenix with six attempted shots followed up by Carla Hager attempting four shots with two being on goal. Campbellsville’s Naia Landaluce scored the only goal of the game, Rachel McWilliams recorded the only assist in the game.

The Phoenix started out fast out the gate as Hager attempted a shot just 13 minutes into the game, which was saved by Campbellsville’s Katelyn Young, just one minute later Bathe was able to attempt a shot but came up short after being blocked.

The Tigers were able to get on the board first off a header from Landaluce by an assist from McWilliams at the 23rd minute mark to put the Tigers ahead 1-0. The Phoenix continued to pressure the Tigers defense as Jennifer Segura, Haley Stevens, Katie Jordan, and Brenda Cernas all attempted shots late in the first half but none were able to connect for a goal, making the score of the game after the first 1-0 Tigers lead.

The Phoenix continued to attack the Tigers defense throughout the second half by attempting 12 more shots with three on goal but none were able to connect. Campbellsville attempted seven out of their ten shots in the second half with only one being on goal, which was saved by Cumberland’s Michaela Hawthorn. With no success on the offensive side, the Phoenix fell to the Tigers with a score of 1-0 at the end of regulation.

The Phoenix begin the Mid-South Conference Championships where they will play against Campbellsville on Thursday, November 7th in Bowling Green, Ky. at 1:30 P.M.