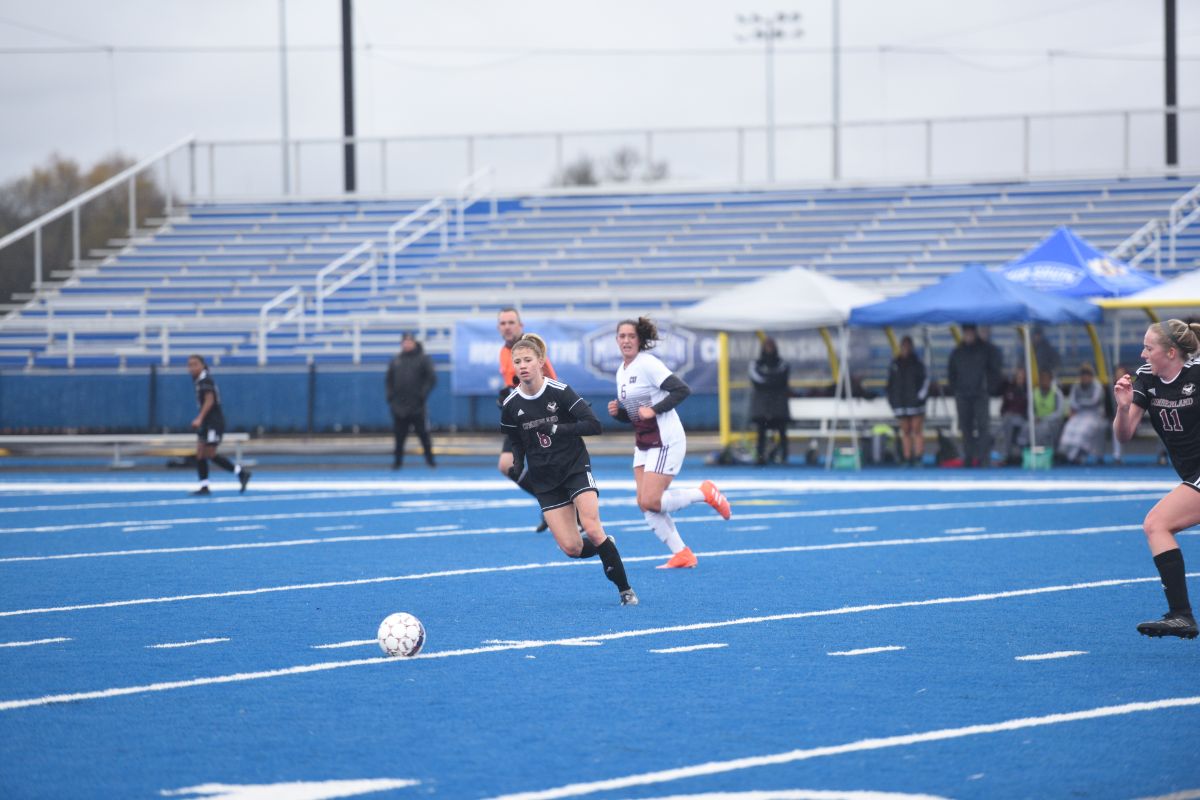 BOWLING GREEN, Ky.- Danisha Brown scored the equalizing goal in the 19th minute and Carla Hager scored the game-winner in the 68th to send Cumberland to the Mid-South Conference semifinals.

The Phoenix were battled in a very intense and physical match-up from the opening kick. Cumberland registered nine shots in the match and seven on goal. Brown and Hager led the Phoenix in shots taking three a piece. Brown was all over the field creating chances for Cumberland in the match. Campbellsville took more shots than the Phoenix with 11, but were not as effective with their shots.

Brown posted one goal on the three shots and Carla Hager added the game-winning goal. Marie Bathe and Brenda Cernas each collected one assist, adding to Bathe's league lead in assists.

Campbellsville opened up the match, setting the pace of the game controlling the ball for the first five minutes resulting in a goal for the Tigers from Molly Hall at the top of the box. Campbellsville then dropped some of their players into the box, but the Phoenix had three corner kicks within two minutes and converted on the final corner kick when Bathe found Brown for a header.

The rest of the first and second half was filled with a lot of action that was defended well on both sides with each team struggling to convert on shots. Cumberland pushed acroos the game winner from Carla Hager. Cernas placed a good through ball at the top of the box for Hager who had a one on one opportunity and beat Campbellsville's Katelyn Youndg for the goal.

The Phoenix will go on to face No. 1 seed Lindsey Wilson tomorrow at 2:30 p.m. at Warren East High School in Bowling Green. The Phoenix lost to Lindsey Wilson in their match earlier in the season 3-2 in double overtime, but had a great opportunity to take down the top seed.