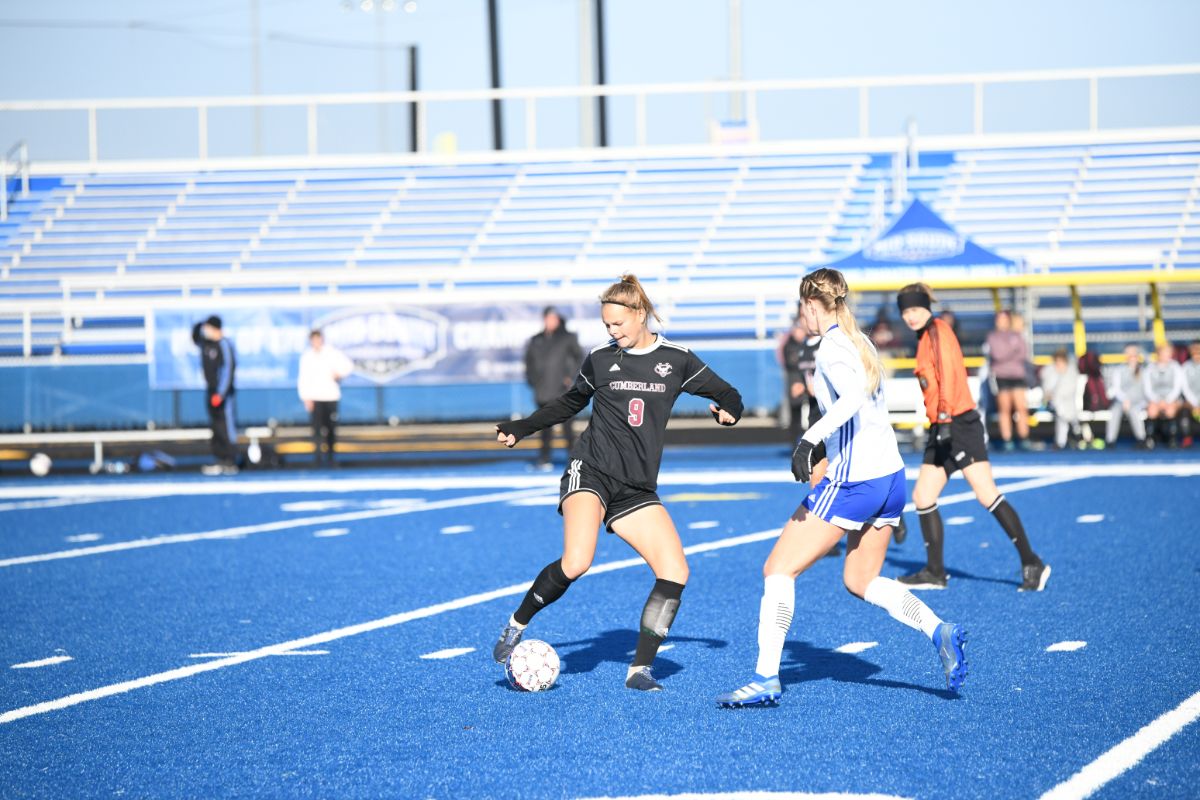 Cumberland fought desperately to get goals back racking up 18 shots and 9 shots on goal. Marie Bathe led the Phoenix offensively with one goal and one assist on five shots. Sarah Haddock added the other goal off a corner kick from Bathe.

Lindsey Wilson jumped out to a quick 2-0 lead, scoring twice in the 25th minute and the 29th minute. The first strike came from Sina Cavelti, the MSC Offensive Player of the Year, assisted by Thea Birgerud. The second goal came five minutes later when Flavia Laich assisted by Emeile Liljered. The Phoenix tried to get momentum back before the half after conference Freshman of the year found the back of the net in the 44th minute.

Lindsey Wilson responded with a third goal in the 63rd minute by Thea Birgerud. The Blue Raiders added another insurance goal in the 88th minute when the Phoenix were in super aggressive mode trying to fight for goals. This time, Birgerud collected a loose ball and passed a long, high counter attack for Lindsey, giving Cavelti a one-on-one with Hawthorne and she beat her low and right.

Cumberland would not go quietly, as Marie Bathe found Sarah Haddock on a corner kick one minute later, but that was all for Cumberland as they tried very aggresively to tack on the two other goals.

Lindsey Wilson will go on to play in the Mid-South Conference Championship next Saturday, November 16th at Warren East High School in Bowling Green.