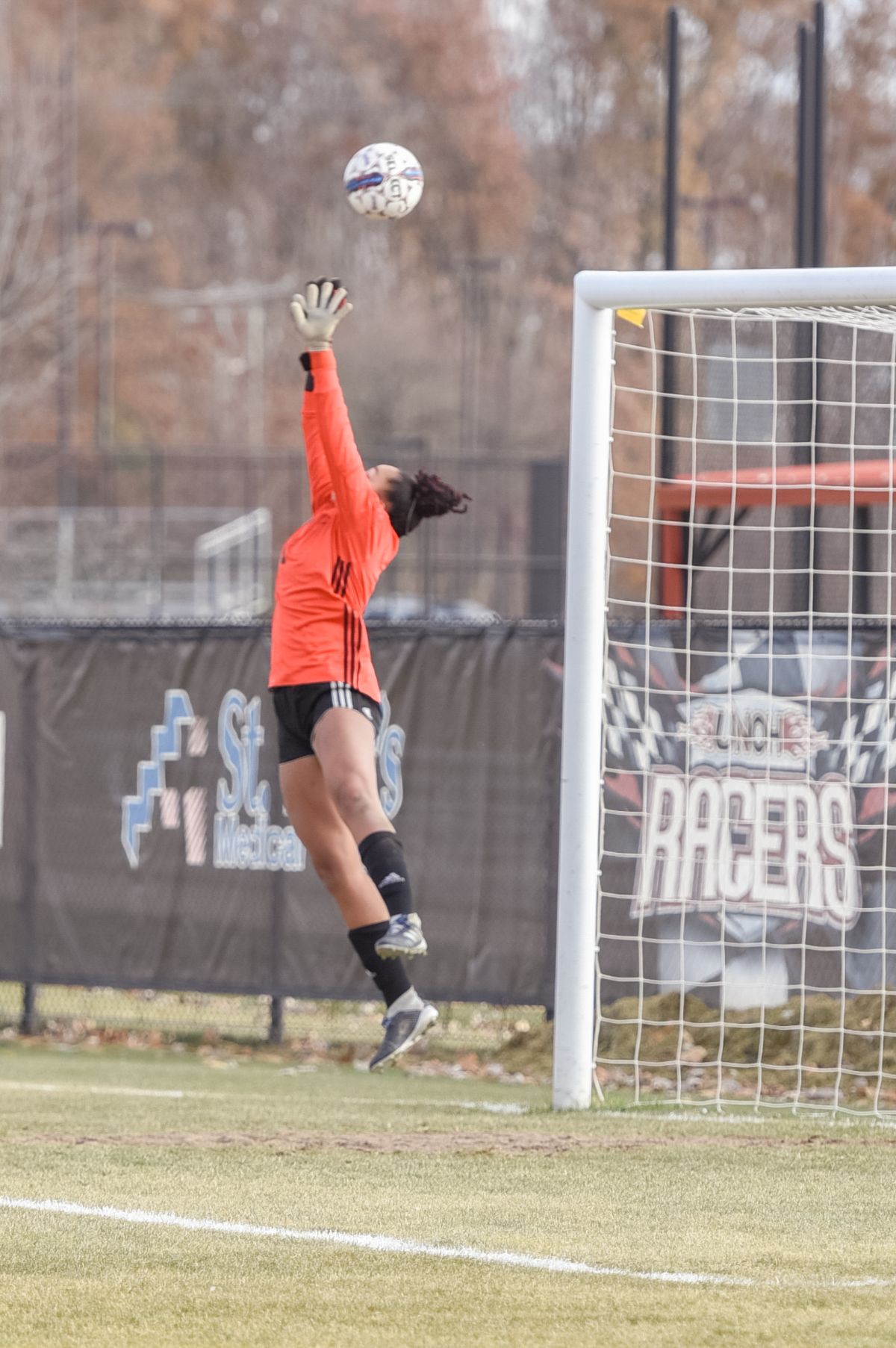 LIMA, Ohio- Katie Jordan provided the lone goal the Phoenix needed and Michaela Hawthorn and the CU defense pitched a shutout for the 1-0 Cumberland victory over Middle Georgia State in the NAIA Opening Round match.

Cumberland and the Knights went back and forth in a physical win or go home match. Middle Georgia State was able to outshoot the Phoenix, but only found the frame six times, the same amount as Cumberland. The Phoenix was able to drop back and seal the gaps, so that the Knights could not score. This was the ninth shutout the team has pitched this season and the first since October 8th.

Hawthorn made two saves in the box in the 20th minute when Middle Georgia swarmed the box and pushed two shots. Hager placed a good through ball to Bathe, but she was cut off in the box by the defender, unable to get a shot off.

In the 34th minute, Middle Georgia’s Theriault took a shot from the corner of the 18 yard box that Hawthorn was able to put her hand on and send over the crossbar. They went into the locker rooms at half tied 0-0.

After 20 minutes of back and forth action to open up the second half, Bathe placed a shot on goal that Knights keeper Courtney Link saved, but the ball ricocheted out and found Katie Jordan wide open outside the box. Jordan fired a shot right at Link in goal, but she mishandled the shot and it squirted in to give Cumberland a 1-0 lead.

Michaela Hawthorn was forced to crash the top of the box when Miagh Downey found herself behind the backline for a one-on-one chance, but Hawthorn made an incredible save to keep the lead at 1-0.

Hager received a great through ball and weaved between defenders for a great opportunity at extending the lead, but her shot went off the left post and the Knights were able to clear it. Cumberland did not allow Middle Georgia State a good look on goal the rest of the match and held on for the 1-0 win.

Cumberland will take on No. 3 Northwestern Ohio tomorrow at 10 a.m. central time in Lima, Ohio for a chance to go to Mobile.