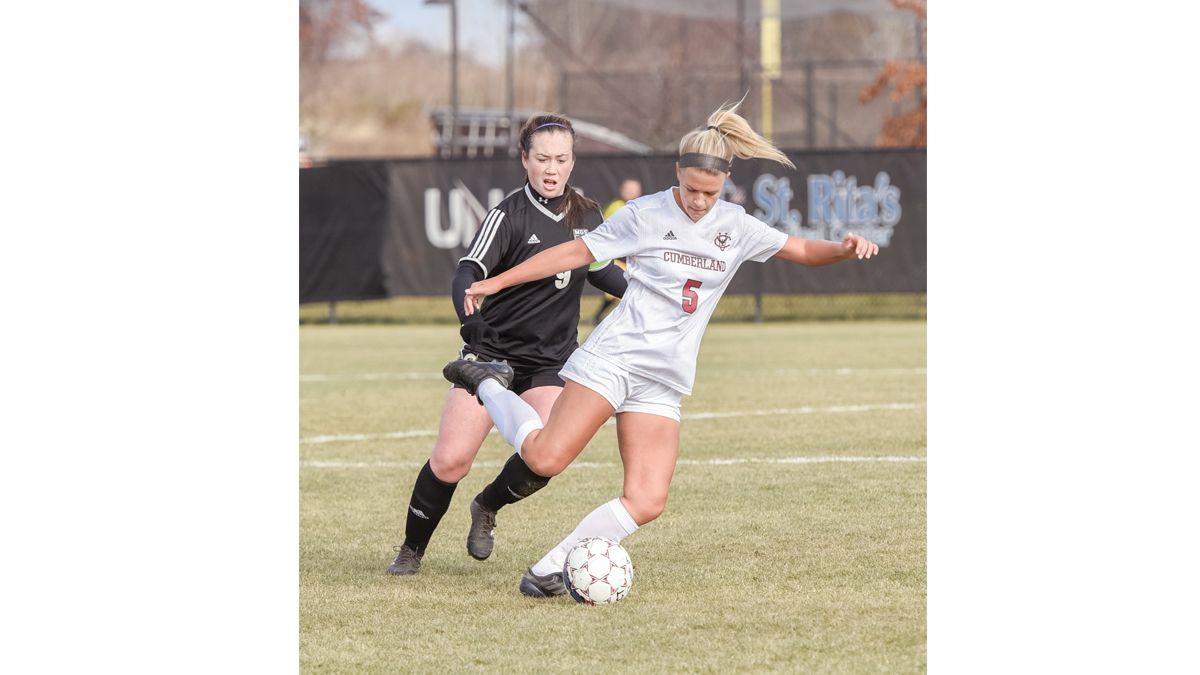 LIMA, Ohio--The Phoenix women’s soccer season came to an end today in a 2-0 loss to the third ranked team in the nation, the NAIA Opening Round National Tournament host, Northwestern Ohio.

Cumberland (13-8-1) played admirably on the defensive side of the field, but was unable to capitalize on scoring opportunities against No. 3 Northwestern Ohio (20-1), as the Racers kept pressure on the Phoenix to pull away in the second half.

Michaela Hawthorn got the start in goal for the Phoenix and had a great game, grabbing five saves while also doing a great job of moving up off the line to end Racer scoring opportunities.

Northwestern Ohio’s Lisa Venrath got the win from in goal, recording a save on Cumberland’s only shot on goal during the day. Olga Massombo and Kate Agyemang scored the sole goals of the day.

Northwestern Ohio maintained pressure on the Cumberland defense the majority of the first half, but the Phoenix defenders stood up to hold the number three team in the land scoreless over the course of the half. Haley Stevens had a great scoring opportunity from the short right side in the fourth minute of the game, but the goalie made a good play to hit the ball, pushing it just over the net for Cumberland’s only shot on goal in the half. Sarah Haddock presented the team with its other closest call with a goal, sending a good effort on a free kick just to the left of the goal with only 10 minutes remaining in the half.

The Racers owned a 9-4 advantage for shots in the first half and a 5-1 advantage when it came to shots on goal, thankfully for the Phoenix the Cumberland defenders came ready to play. Haddock made a great play to end a scoring threat as Northwestern Ohio’s Massombo streaked towards the goal with no one except Michaela Hawthorn in her path, stabbing the ball out from behind. Hawthorn compiled five first half saves. Her best save coming as time expired in the half when a Racer free kick required her to make a diving save to ensure that the teams went to the locker room in a scoreless tie.

Less than three minutes into the final 45 minutes of play, Northwestern Ohio converted a penalty kick into the first goal of the game. From that point, the Racers upped the pressure on Cumberland, only allowing two Phoenix shots the rest of the game. Jennifer Segura provided the first Phoenix shot in the second half in the 69th minute following a Marie Bathe corner kick, but the shot went high. The final score of the game came within a minute of Segura’s miss, the Racers breaking free after a defensive miscommunication to take a 2-0 lead. Carla Hager had a great opportunity to cut into the lead with 13:15 remaining in the match as the goalie was out of position, but the ball was pushed a touch too far to the left.

With the loss, Cumberland’s season has come to a close.