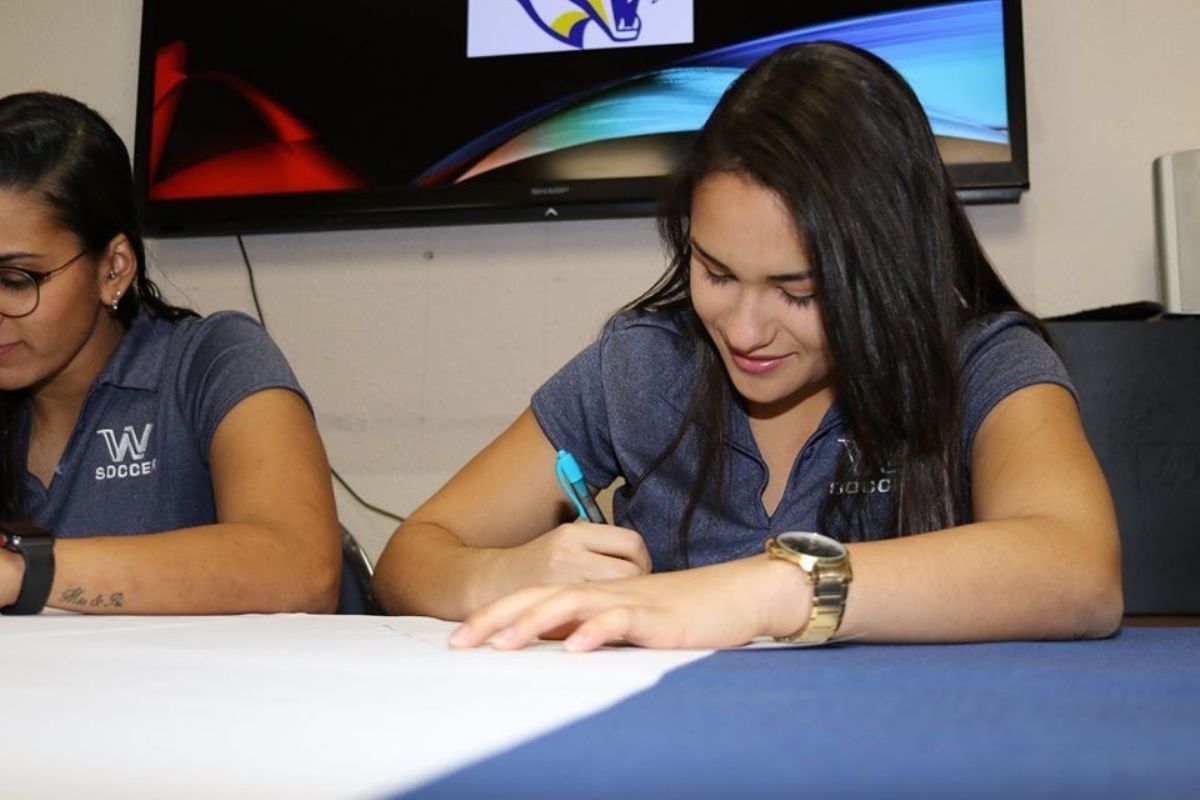 The Belo Horizonte, Brazil, native, started in 31 career games for the Cougars scoring six goals and 14 assists in two seasons. She notched 12 assists this past season. Vieira was an NJCAA academic all-American as a freshman and was on the President's list at WNCC last semester with a 4.0 GPA.

Vieira will study sport and exercise science and plans to continue on to get her master's degree after graduating. She wants to get into coaching after her playing career.

Caroline is the daughter of José Antônio Vieira and Simone Batista Freitas.