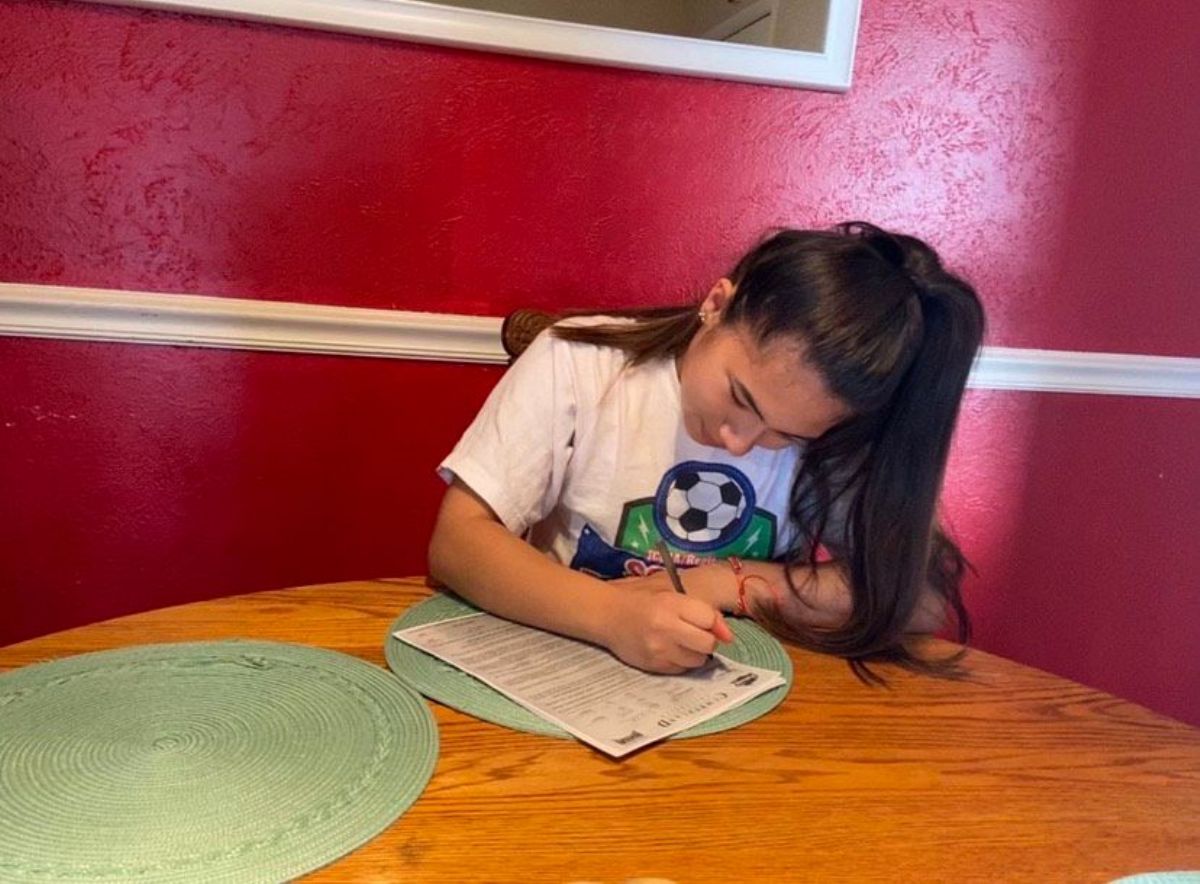 Emily is the daughter of Jorge Vallejo and Yadira Araujo.