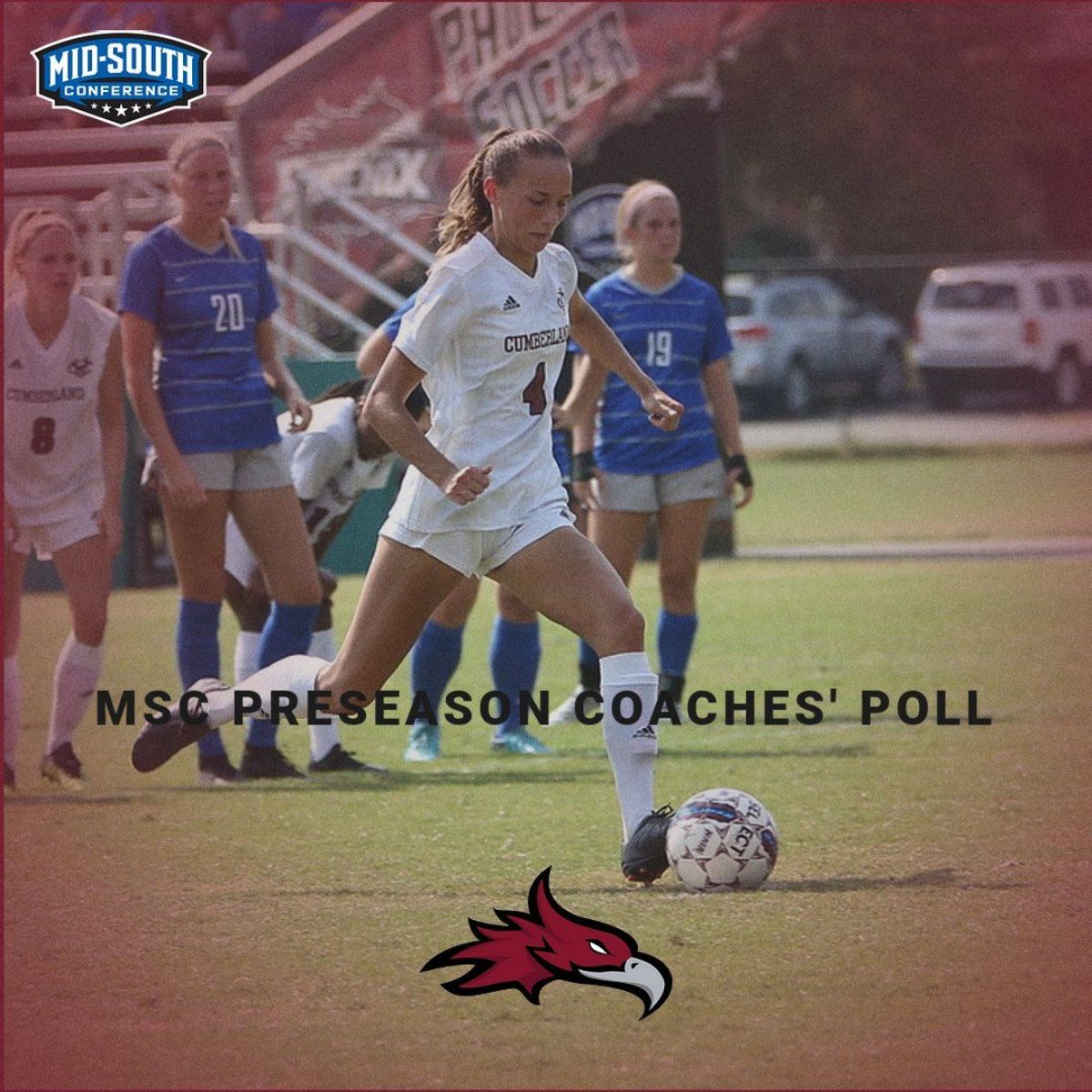 LEBANON, Tenn. -- Mid-South Conference officials unveiled this morning that conference coaches have selected Cumberland women's soccer to finish fourth out of twelve teams for the 2021 season.

The 2019 squad ranked fourth last year in the Mid-South, finishing the season 13-8-1 (4-4 MSC) making an appearance in the NAIA National tournament.

First-year head coach Scott Davidson is excited about some of the newcomers coming in as well as freshmen defender Becca Campbell and freshmen forward Gabby Jones look to be key pieces in this year's team.

The Phoenix and another new member in Bethel (Tenn.) tied for fourth with 80 points, while Campbellsville (Ky.) placed sixth place with 79 points. Second-year member Thomas More comes in at seventh place with 64 points. Georgetown (Ky.) received 49 points to place then in the eighth. Shawnee State (Ohio) placed ninth with 37 points with Life (Ga.) follows behind with 35 points coming in at tenth.

In its first season in the Mid-South, Freed-Hardeman (Tenn.) joins in at eleventh with 25 points after going 9-7 last year. University of Pikeville (Ky.) round out the poll with 13 points, respectively.

The MSC regular-season conference schedule is set to kick-off in February with the 2020-21 MSC Men's Soccer Tournament Championship slated for April 1-10 in Bowling Green, Kentucky.