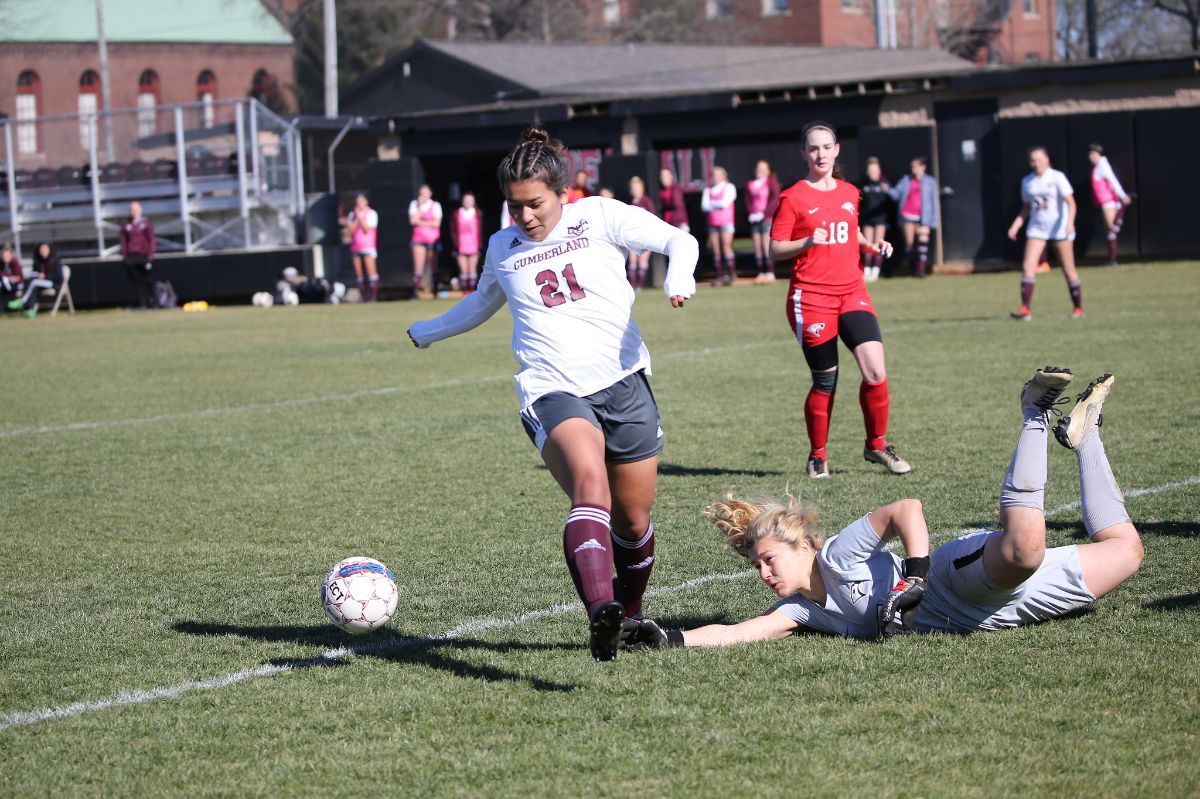 Brenda Cernas led the Phoenix in shots with six, while connecting on one for a goal (Credit: Bob Tamboli)
Cumberland (Tenn.) at Freed-Hardeman University | 0,

JACKSON, Tenn.- A handful of goals by the Phoenix, helps Cumberland defeat the Freed-Hardeman Lions, 5-0.

The first half started off slow for the Phoenix but began to pick up near the end of the half as Freshman Becca Campbell was able to score her first goal on the season that was assisted by Marie Bathe, to put the Phoenix up 1-0 at the 41st minute mark before going in for the half.

The second half was nothing but aggressive for the Phoenix as in the 64th minute mark, Jennifer Segura was set up perfectly for the goal due to a double assist by Michele Scholz and Bathe, putting the Phoenix ahead, 2-0. Cumberland continued to keep their foot on the pedal as Brenda Cernas was able to weave through the Lions defense for Cumberland’s third goal of the day at the 77th minute.

The Phoenix will continue on the road to face against the University of the Cumberlands on Sunday, February 28th.