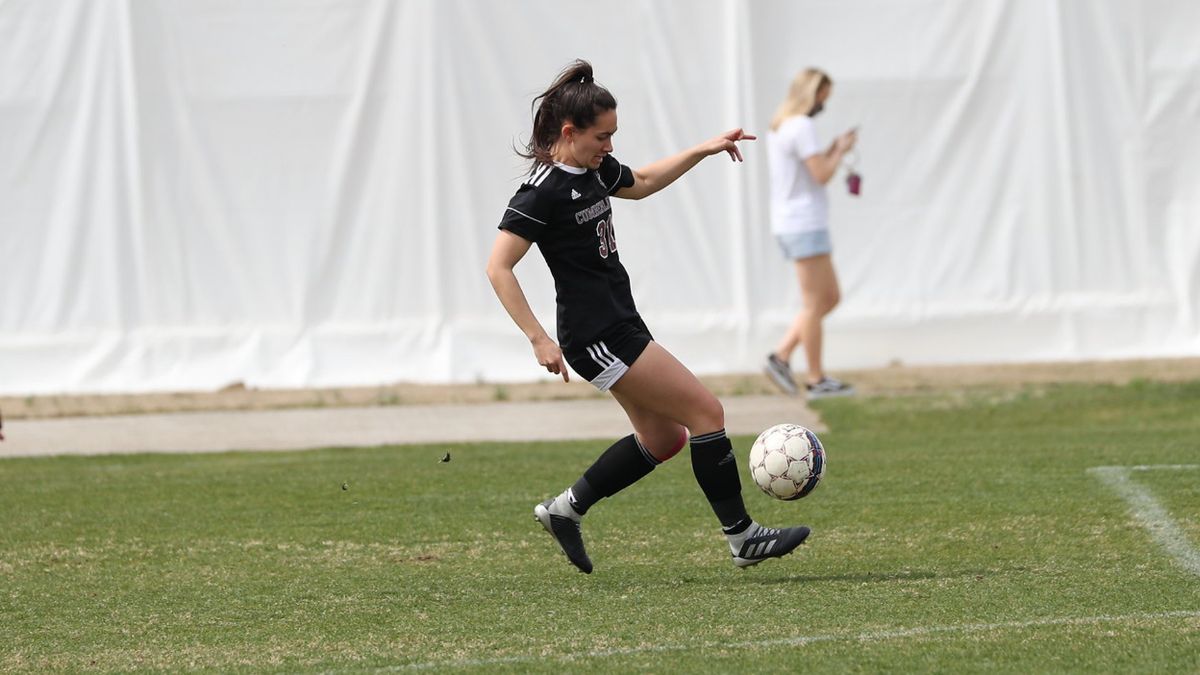 Michele Scholz goal gave CU enough to pick up a 1-0 win over Thomas More. (Credit: Bob Tamboli)
Cumberland (Tenn.) at Thomas More (Ky.) | 0,
CRESTVIEW HILLS, Ky.—Cumberland women’s soccer got a 1-0 victory in a hard-fought back and forth match up with Thomas More.
Michele Scholz provided the heroics on a 82nd minute goal unassisted to propel the Phoenix to victory. Cumberland improves to 6-1 on the season with four matches left before the conference tournament.
Cumberland posted 12 shots and five on goal while Thomas More registered eight shots with just one on target. Cumberland keeper Savannah Stubbs only had to notch one save in the match while the CU defense commanded the game. The Phoenix shutout was the team's fourth straight shutout and sixth of the season. Cumberland has only given up one goal in seven matches this year.
Haley Stevens registered four shots while Kenzi Vetter put two shots on goal. Gabby Jones and Monica Mullaney each had one shot on goal.
Thomas More falls to 2-6 on the season.
Cumberland is back in action at Georgetown on Tuesday before taking on No. 5 Martin Methodist on Thursday at home.