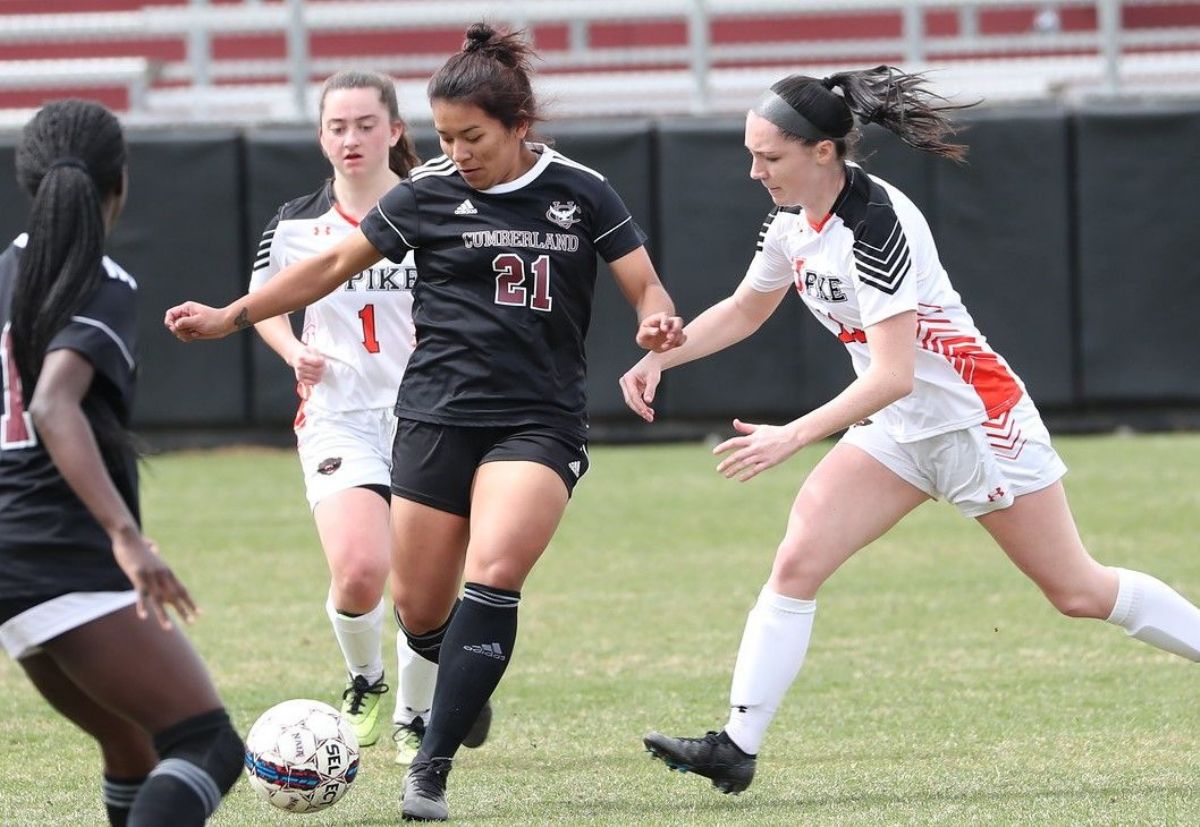 The Phoenix were aggressive the entire game and held the ball in the Georgetown end for much of the match. Cumberland recorded a whopping 20 shots with 10 reaching Georgetown Keeper Megan Martin. The Cumberland defense was aggressive in their own right, only giving up six shots to Georgetown with none reaching the goal.

Cumberland Junior Defender Kenzi Vetter opened the scoring for the Phoenix with a goal in the fifth minute assisted by Sophomore Marie Bathe. Sophomore Forward Brenda Cernas gave the Phoenix a 2-0 lead over the Tigers with a nice finish in the 34th minute, her third of the season.

Cumberland was on the attack for almost the whole game, and seven Phoenix players recorded a shot on goal. Brenda Cernas led the way with four shots on goal. Kenzi Vetter, Marie Bathe, Jennifer Segura, Haley Stevens, Michele Scholz, and Evelyn Jimenez each registered a shot on goal for Cumberland.

Defensively, Cumberland held Georgetown to only six shots with none of them reaching Freshman Goalkeeper Savannah Stubbs. The Phoenix defenders have only allowed one shot on goal in the last three games

The teams were even in corner kicks, with both squads receiving four.

Cumberland takes the pitch at home on Friday, Mar. 19, in a big match against fifth ranked Martin Methodist at noon.