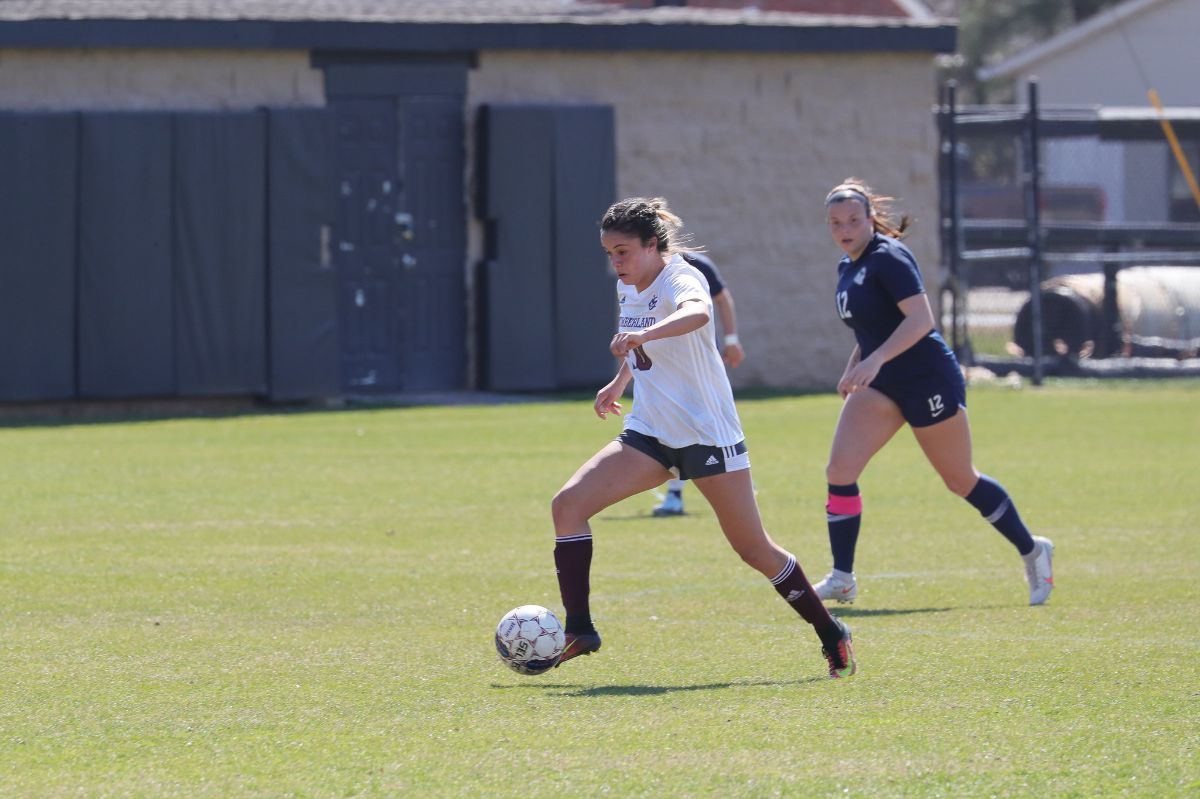 COLUMBIA, Ky.- A tying goal by Arden Butler and an Overtime goal by Jennifer Segura leads the Phoenix to a 2-1 victory over the Wildcats and sends them to the Mid-South Conference Semifinals.

Brenda Cernas led the Phoenix in shots with five and three on goal, Haley Stevens and Jennifer Segura followed behind recording three shots.

The first half was very back-and-forth as the Phoenix attempted seven shots with four being on goal, while the Wildcats attempted five shots with three shots on goal. Neither team was able to connect on any shot for a goal, sending the team to halftime tied at zero.

The Phoenix attacked the goal fast in the beginning of the second half, as Segura attempted a shot but hit the crossbar at the 49th minute. Continuous shots by both teams didn’t find the goal until Bethel’s Emily Raines headed in a goal to put the Wildcats ahead, 1-0 at the 74th minute. The Phoenix were able to answer back as Arden Butler was able to find the back of the net for the tying goal at the 78th minute to put the score at 1-1. Neither team could find the goal, sending the game into overtime.

In the first overtime, both teams split possession time of the ball. The Phoenix attempted two shots by Cernas and one by Monica Mullaney but couldn’t find the goal, sending the game into double overtime. In the start of the second overtime, at the 104th minute, Cernas was able to find Segura in an open lane, as Segura was able to score the golden goal for the Phoenix, as they defeated the Bethel Wildcats, 2-1.

The Phoenix will be facing Martin Methodist in the Mid-South Conference Semifinals tomorrow at 1:30 P.M. in Columbia, Kentucky.