Women's Soccer sits at No. 21 in final regular-season polls 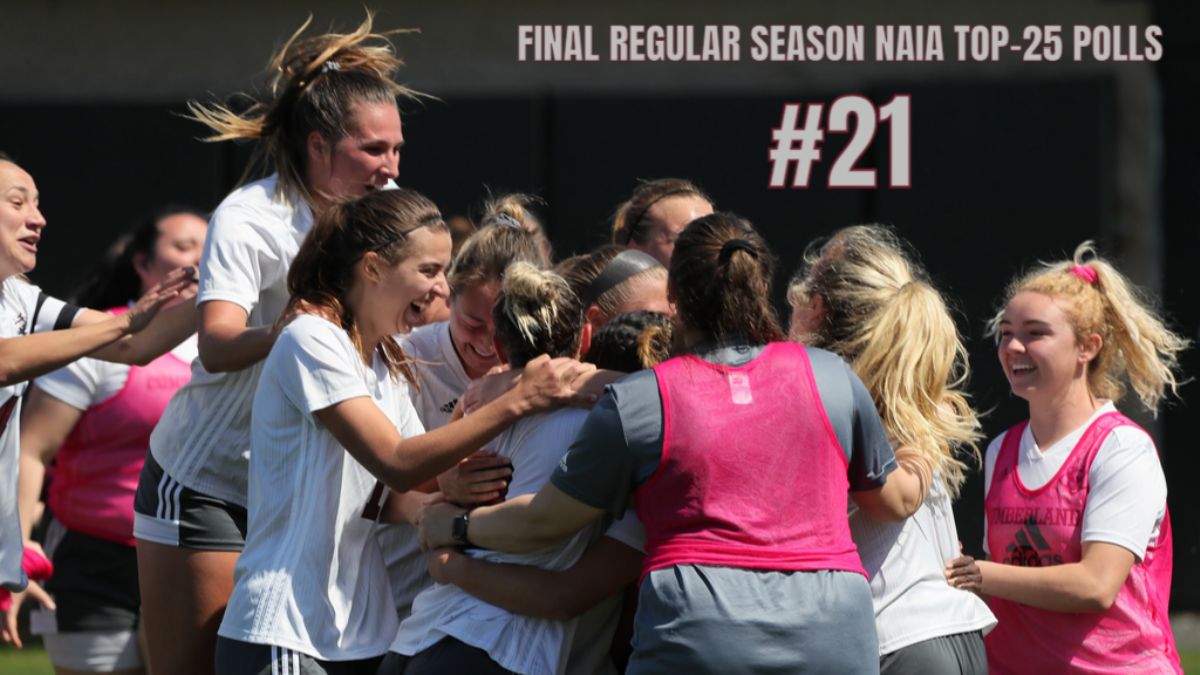 LEBANON, Tenn.--Cumberland women's soccer remains at No. 21 in the final regular-season NAIA Top-25 Coaches' Polls, announced by the national office on Wednesday.

Cumberland finished the regular season at 8-2, and went 1-1 in the Mid-South Conference Tournament advancing to the Semifinals last week before being ousted by undefeated and fourth-ranked Martin Methodist. Cumberland women's soccer did not receive an automatic bid to the NAIA National Tournament and will have to wait until the NAIA releases the at-large bids on Monday, April 12 at 11:00 a.m. via the NAIA Selection Show.

Tournament play will begin on April 15 and be play through April 17 at 10-Opening Round sites. The 37th Annual NAIA Women's Soccer National Championships will be played from April 27-May 3. 2021 in Foley, Alabama. The 40-team tournament will consist of 27 automatic berths and the Phoenix are bidding for one of the 13 at-large bids.

Three other Mid-South Conference teams are in the Top-25 Polls led by Martin-Methodist. The University of the Cumberlands sits just behind the RedHawks at No. 7. Lindsey Wilson dropped one spot to No. 15 and the Phoenix are slotted at No. 21. Bethel is in the Receiving Votes category just outside the Top-25.