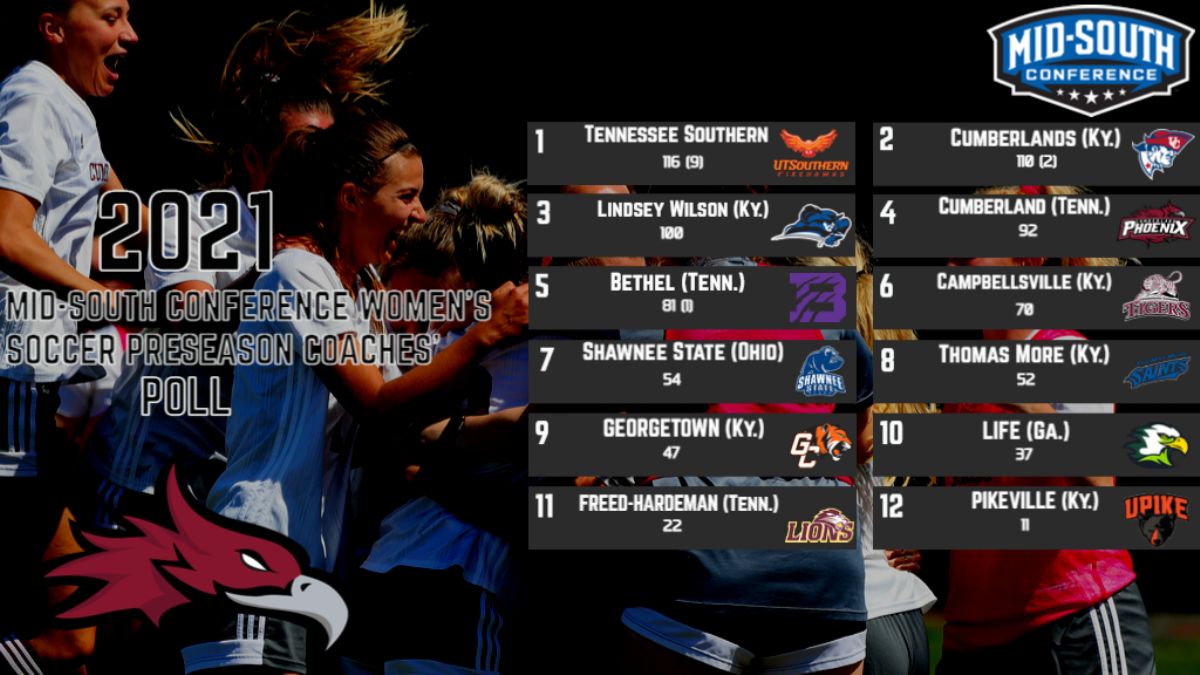 Cumberland finished the season at 10-4, with all four losses coming by the hands of Top-16 ranked teams. Cumberland posted nine shutouts this season while outscoring opponents 32-10. The Phoenix return a slew of core players from last season's team including six All-Conference performers. CU reached the NAIA Opening Round knocking off Truett-McConnell before losing to National Champion Runner-Up Willam Carey.

Tennessee Southern -- formerly Martin Methodist -- has been selected as the preseason favorites to win the Mid-South Conference women's soccer regular-season title. Tennessee Southern earned 116 points in the poll and nine first-place votes. The Firehawks captured the MSC regular-season title and last season and reached the quarterfinals of the NAIA National Championship.

Cumberlands is slotted second in the poll with 110 points and two first-place votes. Last season, the Patriots went 18-2 and 10-1 in MSC play while advancing to the quarterfinals of the NAIA National Championship

Lindsey Wilson earned 100 points in the poll and is slotted third. The Blue Raiders went 10-4 and 8-2 in MSC play while making it to the NAIA Opening Round.

Georgetown (Ky.) is ninth in the poll with 47 points while Life is 10th with 37 points. Freed-Hardeman and Pikeville round out the poll with 22 and 11 points, respectively.

Cumberland opens up the season on August 24th at home versus Bryan College. The Phoenix have their conference opener slated for September 21 at home against the University of the Cumberlands.