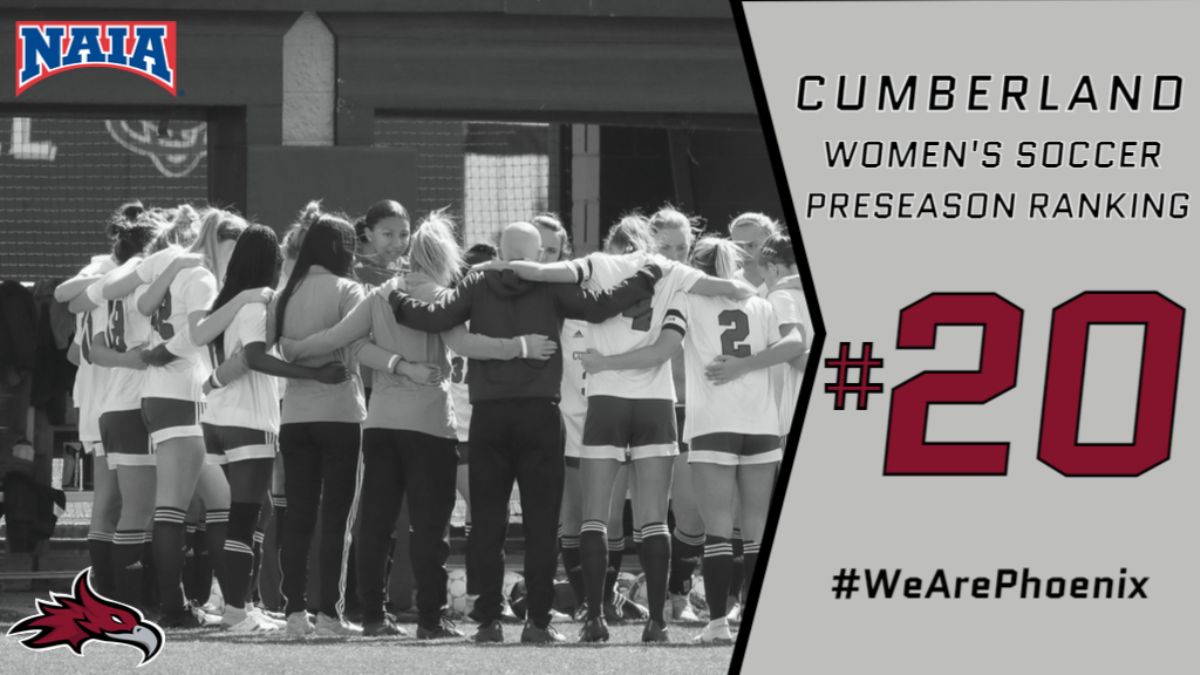 LEBANON, Tenn.--Cumberland women's soccer begins the 2021 campaign at No. 20 in the Preseason NAIA Top-25 Coaches' Polls, announced by the national office on Wednesday.

The Phoenix finished last season ranked No. 20 after falling to William Carey University in the NAIA National Tournament. Cumberland posted a 10-4 record in the spring. Cumberland ranked 9th in the NAIA in shutouts while also averaging 2.29 goals per game.

Three other Mid-South Conference teams are in the Top-25 Polls led by Tennessee Southern at No. 5. The University of the Cumberlands sits just behind the Firehawks at No. 8. Lindsey Wilson is No. 16 and the Phoenix are No. 20.

Defending National Champions, Keiser University lands at the top spot in the rankings followed by national runner-up William Carey University at No. 2. Spring Arbor comes in at No. 3 and Marian University is No. 4.

The Phoenix have four games slated against ranked opponents, three of which will take place in the friendly confines of Lindsey-Donnell Stadium. The first match-up will occur on September 5th with preseason No. 15 Aquinas University.

Cumberland opens up the season on August 24th at home versus Bryan College. The Phoenix have their conference opener slated for September 21 at home against the University of the Cumberlands.