Women's Soccer match with Thomas Determined a No Contest 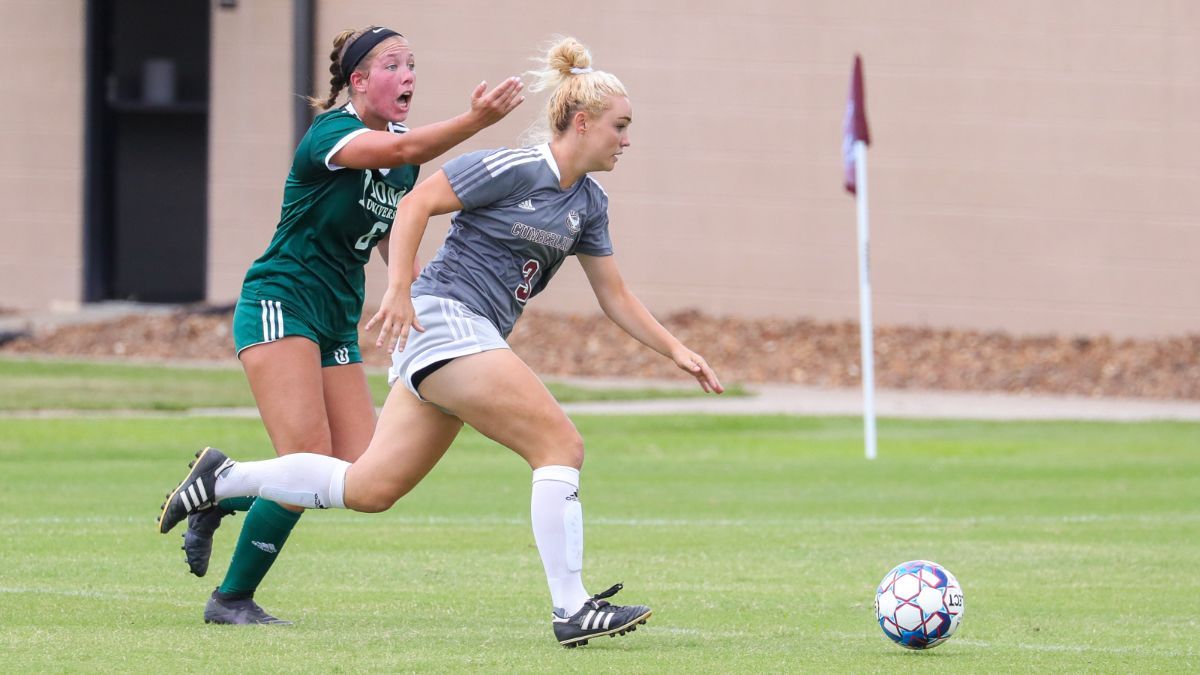 LEBANON, Tenn.-Cumberland women's soccer match was determined a no-contest after 54 minutes of play. The Phoenix held a 3-1 over Thomas University.

Cumberland (0-0-0) is still yet to complete a game this season after Tuesday's match with Bryan College was postponed due to COVID-19 protocols and this game was suspended due to lightning in the Lebanon area.

Cumberland had multiple chances early as the Phoenix worked around the Night Hawks defense finding freshman Ella Tuplin wide open in the center of the box, but her shot missed wide left. Shortly after, Brenda Cernas placed a beautiful through ball to Jennifer Segura with just the keeper to beat, but missed wide left as well.

In the 17th minute, a Thomas counterattack found Matti Campbell with just one defender in front of her along the right side of the pitch. Campbell made a move left and fired a shot just over Graziano's reach for the first goal of the match.

Three minutes later, Haley Stevens took a counter in the Night Hawks side of the field after the ball ricocheted off a Thomas defender. Stevens fired a missile from 30 yards away to tie the match at 1-1.

Remi Clarke checked into the game with six minutes left in the half and with five minutes to play was able to increase the Cumberland lead to 3-1 off an assist from Taylor Bertotti.

The game was delayed for lightning and was never able to be resumed. No statistics in this match will count for either team.

Cumberland's next scheduled match is against Tennessee Wesleyan on Wednesday.