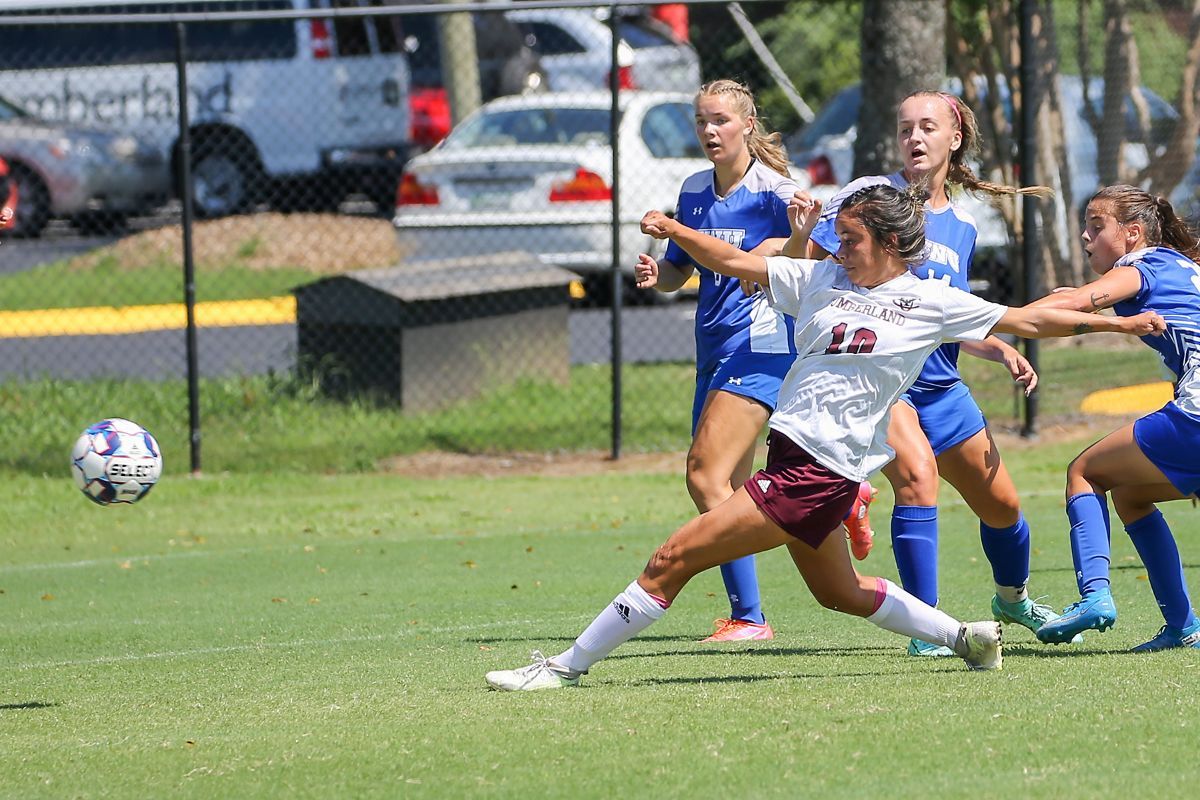 Cumberland (1-0-0) was clicking on all cylinders as they fired 38 shots in the contest with 19 being on frame. Cumberland played phenomenal defense as well only allowing six shots in the clean sheet.

Phoenix transfer Kayla Travis scored the game-winner early on with her first goal with Cumberland while also notching one assist. Haley Stevens recorded one goal and one assist while Marie Bathe posted two assists. Caroline Vieira recorded the sixth and final goal for Cumberland in the closing minutes of the match. Brenda Cernas recorded one assist.

Sabrina Graziano picked up the win in goal registering three saves in 60 minutes of play. Savanna Stubbs finished the last 30 minutes in goal and did not face a shot.

After 26 minutes of play, CU finally pushed in their first goal with Travis scoring off a pass from Marie Bathe which opened up the flood gates for Cumberland. CU poured in two more quick goals following the first one as Segura netted back-to-back goals in a span of a few minutes off assists from Kayla Travis. Cumberland's three goals came within eight minutes of action where it stood until halftime.

The Phoenix tacked on three more goals in the second half as Stevens scored in the 47th minute off an assist from Segura. The senior from Glendora, Calif., Segura posted her third goal to complete the hat trick in the 62nd minute.

Vieira fired a rocket from 30 yards out with just six minutes left to complete the scoring for Cumberland. CU would hold on to keep the clean sheet for the remainder of the match.

Cumberland will continue the homestand this Sunday against No. 15 Aquinas College at 1:00 p.m.