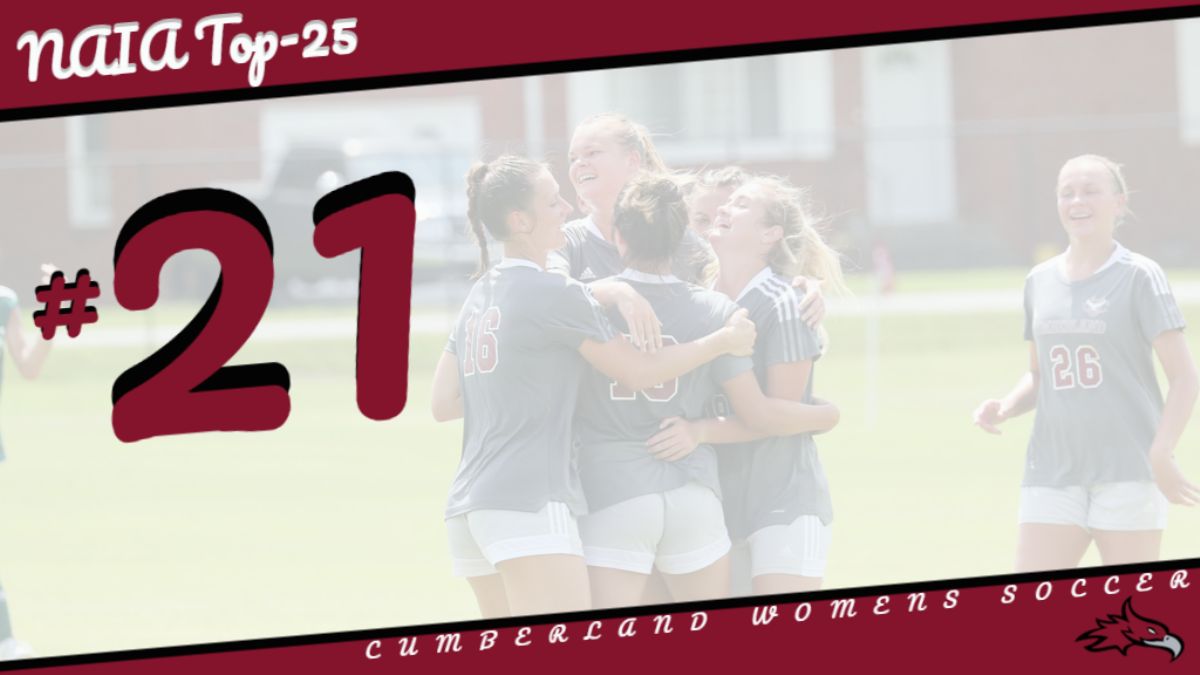 LEBANON, Tenn.--Cumberland women's soccer drops one spot to No. 21 in the latest edition of the NAIA Top-25 Coaches' Polls, announced by the national office on Wednesday.

The Phoenix have started the season 1-1 after defeating Tennessee Wesleyan 6-0 and took a hard-fought loss to new No. 14 Aquinas. Cumberland had two games dropped early on as one was deemed a no-contest due to COVID-19 and the other did not reach the minimum time for it to be an official match before lightning canceled the match.

Three other Mid-South Conference teams are in the Top-25 Polls led by Tennessee Southern at No. 3. The University of the Cumberlands (Ky.) sits just behind the Firehawks at No. 6. Lindsey Wilson (Ky.)  is ranked No. 16.

Keiser (Fla.) and William Carey (Miss.) remains at No. 1 and No. 2. Tennessee Southern has moved up to No. 3 while Spring Arbor (Mich.) dropped one spot to fourth. Southeastern (Fla.) has jumped up to one slot to fifth.

CU has two matches scheduled for this week the first on the road at Brewton Parker College on Thursday evening. Cumberland will return to Lindsey Donnell Stadium on Sunday to take on South Carolina Beaufort at 11:00 a.m.