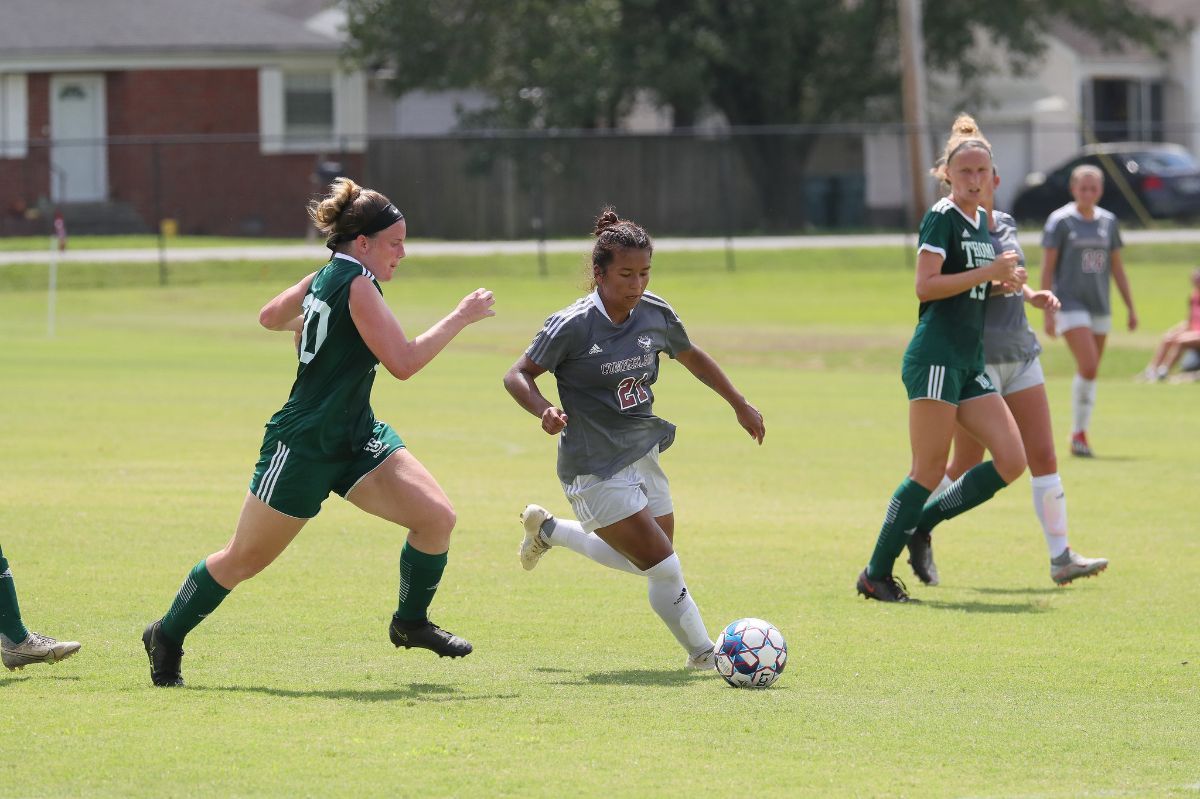 Cumberland conceded an early goal to the Barons as Kadisha Martina scored in the sixth minute. Cumberland played a point down until Grace Morris tied it on a header from Marie Bathe. The goal for Morris' was her first career goal.

The Phoenix opened up right before the half scoring three goals in three minutes to take control of the game. Becca Campbell scored off a free-kick that Morris took. The shot ricocheted off the Barons keeper and Campbell was there to punch it in.

Brenda Cernas scored 55 seconds later as Gabby Jones pulled the keeper out the box and passed it to Cernas who slotted past some Brewton Parker defenders to go up 3-1.

Emma Lucas scored her first goal as a Phoenix. Cernas crossed it to Lucas and she was able to head it home just before the half to take a 4-1 lead.

Cernas scored again in the 49th minute as she took a shot that wound back up at her feet, made a move, and beat the keeper on the wide side.

Haley Stevens and Gabby Jones scored the sixth and seventh goals of the match a minute apart from each other. Stevens scored off a header that Segura crossed to her and Jones also scored on a header that Cernas put at the far post for her to score.

Caroline Vieira scored the final goal on an assist from Gabby Jones and Brenna Swiger from 30 yards out.

The Phoenix move to 2-1 on the season as they fired 31 shots on the match. Keeper Sabrina Graziano made two saves and only faced three total shots on goal.

Cumberland will be in action this Sunday against South Carolina-Beaufort at 11:00 a.m. at Lindsey Donnell Stadium.